Life Protection and Other Uses 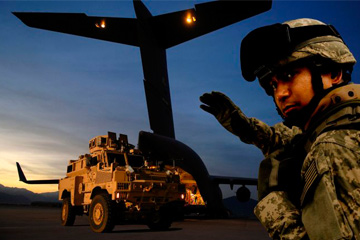 A joint initiative by the U.S. Army and Marines to increase helmet performance found that Dyneema could increase fragmentation performance for helmets by 35 percent or more.
Photo courtesy of Dyneema

Dyneema has other life-saving applications besides armored vehicles. Many bullet-resistant vests, boats and aircraft also use Dyneema. South Korea's navy uses Dyneema in some of its patrol boats and hovercrafts as a way to protect them against fire and ballistic impact. The boat panels are made with Dyneema then covered with a glass epoxy resin. Because Dyneema is buoyant, it not only protects the watercraft but can also be used in marine applications like this.

In addition to vehicle, marine and aircraft protection, Dyneema is also used for bullet-resistant vests and helmets. A joint initiative by the U.S. Army and Marines to increase helmet performance found that Dyneema could increase fragmentation performance for helmets by 35 percent or more [source: Dyneema]. Some Dyneema helmets are also used in tactical police teams like SWAT. The helmets created with hard ballistic resistance from Dyneema are as strong as previous helmets made with other materials, but with half the weight.

Depending on how a bullet-resistant vest is made with Dyneema, it can withstand knives, handgun fire, armor piercing rounds, and even rifle fire from weapons like the AK47. For the 2008 Olympics in Beijing, the Beijing Bureau of Public Safety used bullet-resistant helmets and vests. The U.S. Army has used Dyneema in various applications in both the Iraq and Afghanistan wars for both personal and vehicle protection.

Dyneema isn't just only used to stop bullets and protect against explosions though. It can made into strong ropes for mooring and towing lines in the shipping industry, safety gloves in the metalworking industry, nets for fishing and even for surgical cables and orthopedic sutures in the medical field. Because of its extreme strength and light weight, companies continually work with DSM Dyneema to find new ways to use the fiber.

For more information about Dyneema and other super-strong materials, follow the links below.