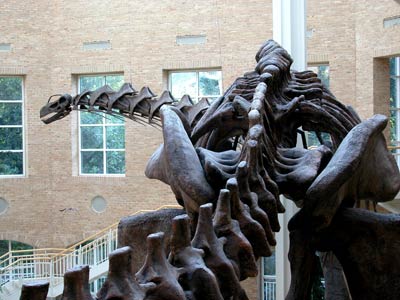 Argentinosaurus is one of the largest dinosaurs ever discovered. You can see what its skeleton looked like at Fernbank Museum of Natural History in Atlanta, Ga. The Argentinosaurus skeleton in the museum's great hall dwarfs everything else in the room. From nose to tail, it's more than 120 feet (36.5 meters) long, and some of its vertebrae are more than 5 feet (1.5 meters) wide. If you walk up the stairs to the second-floor landing to get a better look, the dinosaur's hip will be roughly at eye level.

This is just one reason why a museum or collector might have fossil replicas instead of real fossils. Researchers and museums can use replicas to share rare fossils or fill in missing gaps from skeletons. Real dinosaur fossils can also be too heavy to be mounted in a museum, making lightweight replicas a more practical choice.

Replicas can even help protect fossils. The process of making the replica gives curators and paleontologists a chance to evaluate the original, repair damage and take steps to preserve the fossil if necessary. Some real specimens are so fragile that displaying them in a museum would eventually cause their destruction. Museums put exact replicas on display while placing the originals in protective storage. Transporting replicas from one museum to another is usually safer than transporting originals -- there's less chance of losing or destroying the original specimens.

And while most paleontologists conduct research using real fossils, replicas can act as stand-ins, too. For example, because it's so big, studying the way an Argentinosaurus moved would be almost impossible using a full-sized skeleton. But by creating a small-scale replica, researchers could move bones around to figure out how they moved in relation to each other.

For fossil replicas to do all this, they have to be as accurate as possible. But how can a replica be finely detailed, lightweight and sturdy all at the same time? We'll look at the making of accurate reproductions next. 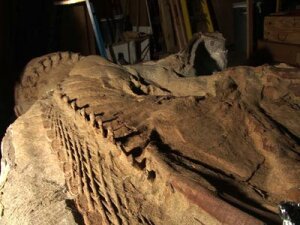 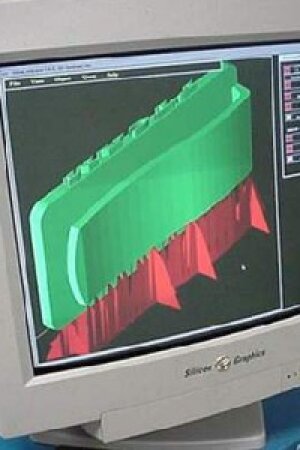