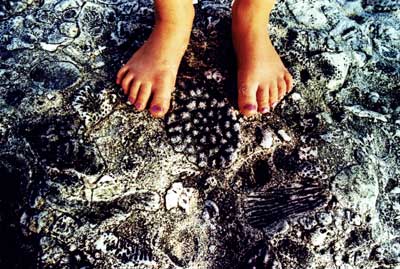 Millions of years is plenty of time for fossil specimens to be contaminated by everything from animals to fungi.
Philip and Karen Smith/Stone/Getty Images

Scientists agree on one aspect of Mary Schweitzer's research. The tissues she found shouldn't have been there, at least according to basic concepts of fossilization. Because of this, critics assert that what Schweitzer really found was a contaminated sample, not a breakthrough. Over 65 million years, there's plenty of time for other life forms to contaminate the bones of a dinosaur. Fossils also come into contact with human and other tissues during excavation. This presents a challenge for researchers trying to prove that a cell, tissue sample or DNA strand came from a specific extinct animal.

After Schweitzer's first paper appeared in Science, some critics suggested that she published it before conducting enough analysis. Schweitzer agreed with this claim at least in part. She explained that the team published its findings as step to securing funding for later work [source: Yeoman].

A response to Schweitzer's 2007 paper -- the one reporting the presence of protein -- points out several questions about the findings, including the likelihood of contamination. The comment, written by Mike Buckley and an array of co-authors, notes:

In their response to the comment, John M. Asara and Schweitzer assert that Buckley and his co-authors misinterpreted the data [source: Asara].

Schweitzer's 2008 paper describing protein sequences adds some weight to the idea that the tissue belonged to the T. rex and not an unrelated contaminant. But some critics remain unconvinced. For example, researcher Christina Nielsen-Marsh was quoted in by National Geographic as saying that the sequences described "make no sense at all" [source: Norris]. In the minds of many, the presence of peptides in a specimen as old as a T. rex is impossible. This means the only option is that the protein came from another source.

In an article published in the journal PLoS One on July 20, 2008, researchers Thomas G. Kaye, Gary Gaugler and Zbigniew Sawlowicz argue just that. This team conducted more than 200 hours of scanning electron microscope analysis on a variety of dinosaur fossils. It came to the conclusion that Schweitzer's samples contained framboids, and the apparent soft tissue was essentially pond scum. Through carbon dating, the team also determined that the material was modern, not prehistoric [source: Kaye et al.]. In statements made to National Geographic, Schweitzer stood by her findings, noting, among other things, that Kaye's team did not address more recent protein studies of her T. rex samples [source: Roach].

But to another group, Schweitzer's findings make perfect sense. In the view of young-Earth creationists, soft tissue is proof that fossils aren't as old as scientists report. After all, according to scientific estimates, T. rex fossils are 65 million years old. Soft tissue and amino acids should last only a fraction of that time. Someone who believes the Earth is less than 10,000 years old may see Schweitzer's find as compelling evidence for a young Earth rather than a cause to re-examine the nature of fossilization. However, analysis using radiometric dating -- the method scientists use to determine the age of fossils -- conflicts with the idea of a 10,000-year-old Earth.

In interviews, Schweitzer has commented that her discoveries have enriched rather than conflicted with her Christian faith [source: Yeoman, Fields]. Schweitzer offers hypotheses for how the tissue could have survived so long. One is that the densely mineralized bone, combined with as-yet-undiscovered geological or environmental processes, protected the structures within [source: Schweitzer, 3/25/2005]. And regardless of whether the paleontological community eventually embraces or refutes the tissue in question, the find does seem to make ideas that used to be impossible merely improbable.

To find out more about fossils, paleontological disagreements, unexpected discoveries and related topics, dig your way through the links below.