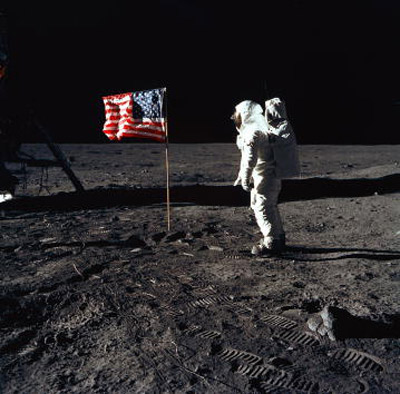 On July 20, 1969, television sets around the world broadcast the same grainy image: Neil Armstrong climbing down the ladder of the Eagle Lunar Landing Module and touching his boot to the surface of the moon. His words, "That's one small step for man; one giant leap for mankind," became forever ingrained in the human consciousness. The famous landing was a triumphant end to the space race.

­But that historic moment on the surface of the moon was the result of many years' e­fforts by both the Soviet and American space programs. The astronauts who first touched the moon's surface had to travel some 238,000 miles (383,000 kilometers) to reach their destination, survive the moon's harsh environment and make it back to Earth in one piece. It was no easy feat.

As of today, only 12 people -- all of them men and all of them part of the American space program -- have walked on the moon. The exclusivity of the elite group might soon change, however. NASA, other nations' space programs and several private space entrepreneurs are planning m­ore missions that could send humans back to the moon within a few years.

In this article, we'll look at the history of lunar exploration, learn about the technology that got us to our nearest celestial neighbor and find out if humans might soon be returning to -- and even one day living on -- the moon.