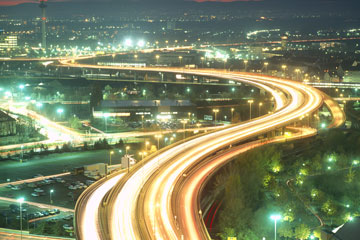 So here we are, up to our necks in a sea of big data with a staggering inability to see the big picture it illustrates. Lucky for us, several major technology players have already staked their claims on the big data frontier.

NASA and multinational networking giant Cisco Systems are developing a $100 million Planetary Skin, independent of the FutureICT project. This integrated system of air, sea, ground and space sensors will allow the space agency to capture, analyze and interpret global environmental data for a more complete, real-time sense of planet Earth.

Yet even the Planetary Skin is just a fraction of what the FutureICT teams hope to achieve. The project is the brainchild of Dirk Helbing, a sociologist, mathematician and physicist who specializes in modeling and simulation at the Swiss Federal Institute of Technology in Zurich.

Helbing's early work in the 1990s focused on urban traffic, specifically how to prevent the cascading small traffic events that ultimately lead to large-scale congestion. Today, the interweaving roads he aims to chart are those of society, technology, economy and environment -- where the stakes range from financial crisis and political upheaval to nuclear war.

The German-born modeler compares the goals of the project to that of the European Organization for Nuclear Research's Large Hadron Collider, even going so far as to describe FutureICT as a "knowledge collider." In the same way that physicists at the famous particle accelerator attempt to answer fundamental questions about mass and matter, FutureICT hopes to reveal the underlying sociological and psychological laws that underpin human civilization.

After all, there is no grand theory of how society works. Just think back to the puddles analogy: Our previous lack of data made it impossible for the social sciences to develop a systematic science of human society -- much less keep up with globalization and technological change.

In addition to a 1 billion euro ($1.3 billion) pledge from the European Union, FutureICT has also acquired the cooperation of dozens of academic institutions, research organizations, supercomputing centers, businesses, industries and government agencies. The team has charted a 10-year course to reinvent how global information and communication technologies work.

On the next page, we'll look at the key components that make up the plan.