by Eric Baxter
Prev NEXT
4 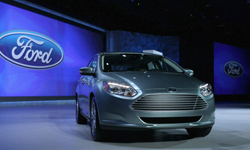 This makes good common sense, right? No matter how well-kept a car is, it becomes less efficient and therefore, more polluting with time. If possible, trade an older car in for a newer, more fuel-efficient model. Today's emissions controls are almost three times better than cars made a decade ago and pollute that much less, too. There's also a much greater variety of efficient cars on the market today than there was just 10 years ago.

The EPA offers a Green Vehicle Guide, which rates newer cars by how much they pollute and contribute to the overall smog problem. The same ratings are on all new car window tags. While the issue of whether producing a new, less polluting car creates more pollutants during the manufacturing process than during the new car's lifetime is still unsettled, it remains true that a newer car will pollute less and use less fuel.