Emerging Standards and How to Buy Offsets 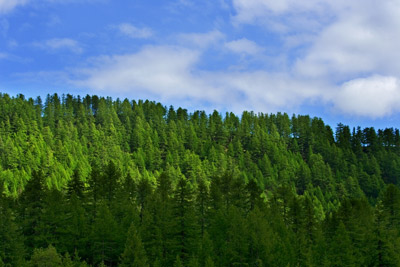 Not all forestry offsets are completely reliable.

Carbon offsets vary significantly in quality because they are intangible -- there is no product. It's easy for carbon cowboys -- offset businesses that are not credible -- to scam consumers with bad or nonexistent projects. But with interest in offsets growing, environmental and business organizations are trying to establish reliable standards for rating offset companies and projects. Several standards have recently emerged: the Voluntary Carbon Standard (VCS), the Gold Standard and the Climate, Community and Biodiversity Standard. While they focus on different types of offsets, all of the standards share the goal of bringing order to the booming carbon-offset business.

The nonprofit organization Clean Air-Cool Planet commissioned an evaluation of retail offset companies in December 2006. The report proposes standards that consumers should consider before they buy offsets. A quality offset funds only projects that would not have occurred without the extra support. This is called additionality, because all environmental benefits should be in addition to what would have happened anyway. A good offset must also have an accurate baseline, or estimate, of how much GHG a particular project sequesters or avoids. A baseline set too high makes the project's benefits look more impressive than they really are. The GHG reductions should be accurately quantified, and the projects should have permanence -- a low potential of releasing CO2­ back into the atmosphere in the near future. Offsets also need clear, registered ownership so the same offset cannot be resold again and again.

When a company warns consumers of the risks associated with projects, it is acting with transparency. Offset companies that fund forestry projects should be especially up-front about the projects' permanence. It takes years for trees to reach their full growing potential, and companies do not always disclose the likelihood of disease or fire. Coldplay bought 10,000 mango trees in India to offset an album, only to see many of them die several years later. For their next album, Coldplay decided to protect already established wooded areas in Mexico and Ecuador.

Despite questions of legitimacy, forestry offsets are popular because they represent real, visible improvements. People feel more comfortable buying 50 trees than sequestering a ton of methane.

The market for retail carbon offsets continues to grow, partly because of the absence or laxity of regulated carbon trading programs. There is no mandatory GHG market in the United States, but much of the developed world supports the Kyoto Protocol, an addition to the United Nations Framework Convention on Climate Change. The United States, despite being a member of the Convention, chose not to ratify the Protocol in 2001.

Carbon offsets encourage individuals and businesses to take responsibility for their part in global climate change. Offsets don't excuse excess, but if viewed as aid for people and the environment, they can be beneficial. Perhaps more importantly, the popularity of voluntary offsets could help promote a carbon market or a carbon tax backed by public policy.

For more information on carbon offsets, global warming and GHG emissions, please check out the links below.