What Are the Advantages and Disadvantages of fMRI? 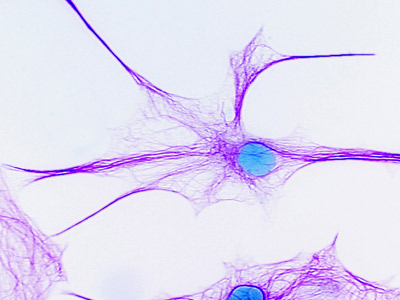 Brain cells are one thing an fMRI can't hone in on.
Purestock/Getty Images

The big advantage of fMRI is that it doesn't use radiation like X-rays, computed tomography (CT) and positron emission tomography (PET) scans. If done correctly, fMRI has virtually no risks. It can evaluate brain function safely, noninvasively and effectively. fMRI is easy to use, and the images it produces are very high resolution (as detailed as 1 millimeter). Also, compared to the traditional questionnaire methods of psychological evaluation, fMRI is far more objective.

Yet fMRI also has its disadvantages. First, it's expensive. Second, it can only capture a clear image if the person being scanned stays completely still. And third, researchers still don't completely understand how it works.

The biggest complaint from researchers is that fMRI can only look at blood flow in the brain. It can't home in on the activities of individual nerve cells (neurons), which are critical to mental function. Each area of the brain studied in fMRI is made up of thousands of individual neurons, each of which might have a unique story to tell. Because certain areas of the brain that "light up" on fMRI may represent a number of different functions, it's hard to tell exactly what kind of brain activity is being represented on the scan.

In addition, the results of an fMRI scan can be difficult to interpret. For example, in one UCLA study by researcher Marco Iacoboni, when swing voters were shown the words "Democrat," "Republican" and "independent," an area of their brain called the amygdala was activated, indicating feelings of anxiety and disgust. But the three terms also elicited activity in areas of the brain associated with reward, desire and connectedness. So how did those political terms make the subjects feel -- disgusted or connected? It was difficult for researchers to tell with any certainty [source: Scientific American].

Because of these drawbacks, some critics argue that fMRI is nothing more than a high-tech version of phrenology, the 19th-century pseudo-science that claimed to divulge a person's character based solely on the shape of his or her skull. In the future, researchers hope to make fMRI more "scientific" and improve its accuracy by focusing on individual neurons. They think that by recording the electrical activity in neurons, they will get a more complete and precise picture of brain activity.