fMRI Analysis: How Is fMRI Used? 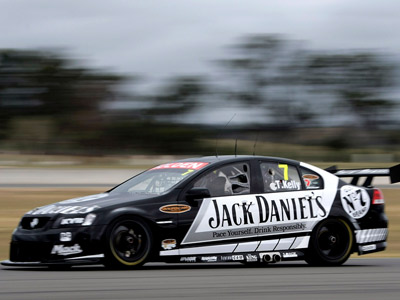 With its sponsorship of racecars and its dabbling in fMRI studies, Jack Daniels is pursuing multiple advertising campaigns.
Robert Cianflone/Getty Images

The most basic use for fMRI is similar to that of its cousin, MRI -- spotting injured or diseased tissue (in this case, in the brain). For example, fMRI can be used to monitor the growth of brain tumors, determine how well the brain is functioning after a stroke or diagnosis of Alzheimer's disease and find out where in the brain seizures are originating.

Scientists are also investigating several other potential applications for fMRI, including:

Brain mapping. This application determines which parts of the brain handle particular functions. For example, researchers are trying to identify the regions of the brain that handle pain, in order to create more effective pain relieving therapies. Other researchers are looking at where in the brain time is perceived, to create new treatments for people who have difficulty with time perception.

Planning surgery. When a patient needs surgery to remove a brain tumor, for example, doctors can first scan the brain to determine exactly where to operate so they can avoid damaging important brain functions.

Analyzing emotions. fMRI can help scientists better understand the nature of grief and other emotions. In one experiment, UCLA researchers performed fMRI scans on women who had recently lost a close relative to breast cancer, and found significant differences in brain activity when the women looked at pictures of their deceased relative, based on the type of grief the women were experiencing. Whereas those with "ordinary grief" had activity in areas of the brain that process emotional pain, women with more long-term or "complicated grief" also had greater activity in areas of the brain associated with pleasure, addiction and rewards, suggesting that memories of their lost loved ones were triggering feelings of both pain and pleasure [source: UCLA].

Market research. Advertisers already ask customers how products make them feel and how commercials influence their purchasing decisions. Now they can see those reactions firsthand by looking inside consumers' brains. In one market research study, Boston-based advertising agency Arnold Worldwide showed six male whiskey drinkers various images while scanning their brains, to get an idea of how they might react to a new Jack Daniels advertising campaign. fMRI isn't the cheapest way to evaluate advertising campaigns -- it can cost $50,000 to $100,000 to conduct a study (compared to about $4,000 for a focus group) -- but advertisers say it gives them a whole new kind of insight into consumer behavior [source: Business Week].­