Medical technology has come so far in recent years that it's now possible for imaging scans to ­dissect the body into wafer-thin pictures and create three-dimensional models of organs and tissues to find abnormalities and diagnose disease. Yet a relatively new type of scan called functional magnetic resonance imaging (fMRI) takes the technology one step farther. Not only can it help diagnose diseases of the brain -- it might also enable doctors to get inside our mental processes to determine what we're thinking and feeling. fMRI might even be able to detect whether we're telling the truth.

fMRI is based on the same technology as magnetic resonance imaging (MRI) -- a noninvasive test that uses a strong magnetic field and radio waves to create detailed images of the body. But instead of creating images of organs and tissues like MRI, fMRI looks at blood flow in the brain to detect areas of activity. These changes in blood flow, which are captured on a computer, help doctors understand more about how the brain works.

The concept behind MRI has been around since the beginning of the 20th century. In the early 1930s, a Columbia University physicist named Isidor Isaac Rabi experimented with the magnetic properties of atoms. He discovered that a magnetic field combined with radio waves caused the nuclei of atoms to "flip," a property now known as magnetic resonance. In 1944, Rabi was awarded the Nobel Prize in physics for his pioneering work.

In the 1970s, Paul Lauterbur, a chemistry professor at the State University of New York, and physics professor Peter Mansfield from the University of Nottingham in England, individually used magnetic resonance as the basis for developing a new diagnostic technique, called magnetic resonance imaging. The first commercial MRI scanner was produced in 1980.

Then in the early 1990s, a physicist named Seiji Ogawa who was working at what was then Bell Laboratories in New Jersey, discovered something while conducting animal studies. He found that oxygen-poor hemoglobin (the molecule in blood that carries oxygen) was affected differently by a magnetic field than oxygen-rich hemoglobin. Ogawa realized that he could use these contrasts in the blood oxygen response to map images of brain activity on a normal MRI scan.

The basic idea behind Ogawa's discovery had actually been proposed more than a half-century earlier by chemist Linus Pauling. In the 1930s, Pauling had discovered that the reaction of oxygen-rich blood and oxygen-poor blood to the pull of a magnetic field differed by as much as 20 percent. In fMRI, pinpointing these differences enables scientists to determine which parts of the brain are most active.

How Does fMRI Scan the Brain?

fMRI is based on the idea that blood carrying oxygen from the lungs behaves differently in a magnetic field than blood that has already released its oxygen to the cells. In other words, oxygen-rich blood and oxygen-poor blood have a different magnetic resonance. Scientists know that more active areas of the brain receive more oxygenated blood. The fMRI picks up this increased blood flow to pinpoint greater activity. The measurement of blood flow, blood volume and oxygen use is called the blood-oxygen-level-dependent (BOLD) signal.

The MRI machine is an expensive piece of equipment (costing between $500,000 and $2 million) that visualizes the brain using a combination of radio waves and an incredibly powerful magnetic field [source: Frost & Sullivan Research]. The typical research MRI scanner has a strength of three teslas -- a force about 50,000 times stronger than the Earth's magnetic field [source: University of Oxford].

When you lie inside the cylindrical MRI machine, it aims radio waves at protons -- electrically charged particles in the nuclei of hydrogen atoms -- in the area of your body being studied. As the magnetic field hits the protons, they line up. Then the machine releases a short burst of radio waves, which knocks the protons out of alignment. After the radio-wave burst has ended, the protons fall back in line, and as they do, they release signals that the MRI picks up. The protons in areas of oxygenated blood produce the strongest signals.

A computer processes these signals into a three-dimensional image of the brain that doctors can examine from many different angles. Brain activity is mapped in squares called voxels. Each voxel represents thousands of nerve cells (neurons). Color is added to the image to create a map of the most active areas in the brain.

fMRI Imaging: How Is an fMRI Done?

An fMRI scan is usually performed on an outpatient basis. This means you will come into the hospital for the scan and leave afterward. During the test you may wear a hospital gown or your own clothes, but you can't bring anything metal (zippers, clips, pins, glasses) into the room, because it could interfere with the MRI machine.

During the test, you lie on a table. Your head may be placed in a brace to hold it still. Then you are slid headfirst into the large, cylindrical MRI machine. You may be given earplugs to mask the sound -- MRI machines tend to be very noisy.

While the machine is scanning your brain, you will be asked to perform a task that increases oxygenated blood flow to a particular part of your brain. For example, you may tap your thumb against your fingers, look at pictures or answer questions on a computer screen. The test can last anywhere from a few minutes to an hour or more. After the scan is done, a specialist called a radiologist will interpret the results.

Although an fMRI test doesn't use radiation, its strong magnetic field and radio waves may not be recommended for certain groups of people including:

Can an fMRI tell if you're lying?

Although the polygraph test works relatively well, scientists are in search of more accurate lie detection methods, one of which is fMRI. In a study presented at the Society for Neuroscience, researchers gave subjects a playing card and then asked them to lie about the card while undergoing an fMRI scan. When the subjects lied, certain decision-making areas of their brain "lit up" [source: Scientific American]. This appears to be compelling evidence that the fMRI can pick up false statements. Yet many researchers say it isn't proof that fMRI is an accurate lie detector, because areas of the brain that correspond to lying are also involved with a number of other thought processes. More research needs to be done on the technology to ensure that it won't falsely accuse the innocent based on misinterpreted brain signals. Read Can an MRI machine also act as a lie detector? to learn more.

fMRI Analysis: How Is fMRI Used?

The most basic use for fMRI is similar to that of its cousin, MRI -- spotting injured or diseased tissue (in this case, in the brain). For example, fMRI can be used to monitor the growth of brain tumors, determine how well the brain is functioning after a stroke or diagnosis of Alzheimer's disease and find out where in the brain seizures are originating.

Scientists are also investigating several other potential applications for fMRI, including:

Brain mapping. This application determines which parts of the brain handle particular functions. For example, researchers are trying to identify the regions of the brain that handle pain, in order to create more effective pain relieving therapies. Other researchers are looking at where in the brain time is perceived, to create new treatments for people who have difficulty with time perception.

Planning surgery. When a patient needs surgery to remove a brain tumor, for example, doctors can first scan the brain to determine exactly where to operate so they can avoid damaging important brain functions.

Analyzing emotions. fMRI can help scientists better understand the nature of grief and other emotions. In one experiment, UCLA researchers performed fMRI scans on women who had recently lost a close relative to breast cancer, and found significant differences in brain activity when the women looked at pictures of their deceased relative, based on the type of grief the women were experiencing. Whereas those with "ordinary grief" had activity in areas of the brain that process emotional pain, women with more long-term or "complicated grief" also had greater activity in areas of the brain associated with pleasure, addiction and rewards, suggesting that memories of their lost loved ones were triggering feelings of both pain and pleasure [source: UCLA].

Market research. Advertisers already ask customers how products make them feel and how commercials influence their purchasing decisions. Now they can see those reactions firsthand by looking inside consumers' brains. In one market research study, Boston-based advertising agency Arnold Worldwide showed six male whiskey drinkers various images while scanning their brains, to get an idea of how they might react to a new Jack Daniels advertising campaign. fMRI isn't the cheapest way to evaluate advertising campaigns -- it can cost $50,000 to $100,000 to conduct a study (compared to about $4,000 for a focus group) -- but advertisers say it gives them a whole new kind of insight into consumer behavior [source: Business Week].­

What Are the Advantages and Disadvantages of fMRI?

The big advantage of fMRI is that it doesn't use radiation like X-rays, computed tomography (CT) and positron emission tomography (PET) scans. If done correctly, fMRI has virtually no risks. It can evaluate brain function safely, noninvasively and effectively. fMRI is easy to use, and the images it produces are very high resolution (as detailed as 1 millimeter). Also, compared to the traditional questionnaire methods of psychological evaluation, fMRI is far more objective.

Yet fMRI also has its disadvantages. First, it's expensive. Second, it can only capture a clear image if the person being scanned stays completely still. And third, researchers still don't completely understand how it works.

The biggest complaint from researchers is that fMRI can only look at blood flow in the brain. It can't home in on the activities of individual nerve cells (neurons), which are critical to mental function. Each area of the brain studied in fMRI is made up of thousands of individual neurons, each of which might have a unique story to tell. Because certain areas of the brain that "light up" on fMRI may represent a number of different functions, it's hard to tell exactly what kind of brain activity is being represented on the scan.

In addition, the results of an fMRI scan can be difficult to interpret. For example, in one UCLA study by researcher Marco Iacoboni, when swing voters were shown the words "Democrat," "Republican" and "independent," an area of their brain called the amygdala was activated, indicating feelings of anxiety and disgust. But the three terms also elicited activity in areas of the brain associated with reward, desire and connectedness. So how did those political terms make the subjects feel -- disgusted or connected? It was difficult for researchers to tell with any certainty [source: Scientific American].

Because of these drawbacks, some critics argue that fMRI is nothing more than a high-tech version of phrenology, the 19th-century pseudo-science that claimed to divulge a person's character based solely on the shape of his or her skull. In the future, researchers hope to make fMRI more "scientific" and improve its accuracy by focusing on individual neurons. They think that by recording the electrical activity in neurons, they will get a more complete and precise picture of brain activity. 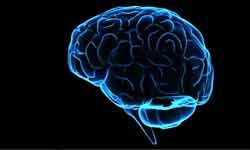