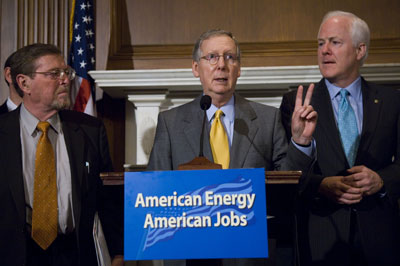 In a one-shot game, such as our previous example of the prisoner's dilemma, the stakes are high -- but carry no further repercussions. However, when playing a repeated game, a one-shot strategy may not be the best move: You and your opponent can get better returns in the long run by cooperating (not confessing) at times and defecting (confessing) at others. This helps you probe one another's strategies and is known as a mixed-strategy.

Let's say that you know your prisoner's dilemma is just one scenario in a series of repeated games. So you choose not to confess on your first move. Instead of taking advantage of this, Player 2 may reciprocate your trust, and also not confess, resulting in the best mutual payoff: five years each in jail. Strategy in repeated games takes into consideration the opponent's reputation and future cooperation, and so these games can play out much differently than one-shot games.

In fact, even if you repeat the game, but still know exactly how many games there will be, both players will both expect the other to maximize utility by defecting on the very last move, or the last game in the series. Knowing this, both players realize they must defect on the second-to-last move. But since both players know that will be the optimal strategy, they'll each play their most self-serving strategy the move before that, and so on, until they're pre-empting the other on the very first game in the series. This is the only chance for either player to do so, lest both immediately fall to a disadvantage, never to recover the lead.

Playing a series of games with no known end, the players can adopt a tit-for-tat strategy, which punishes the opponent for defecting. The players match defection in kind with their own defection for a predetermined number of moves, before attempting to re-establish trust. This is called a trigger strategy. For instance, if Senator 1 cooperates on a bill sponsored by Senator 2, but Senator 2 doesn't reciprocate the cooperation, Senator 1 might refuse to cooperate when Senator 2 proposes his or her next bill: tit-for-tat.

Sometimes, players threaten a grim-trigger strategy and don't follow through with it. This is known as cheap talk: a threat without commitment. So if your fiancé moves in with you but doesn't break the lease on his apartment, that's cheap talk. If he burns his former home to the ground (and gets a tattoo of your name), that's commitment.

Continue reading to learn how game theorists saved the world -- or nearly ruined it -- on a daily basis for several decades.

Praise by way of piety?

In the same way that one may enact a self-serving strategy to achieve greater long-term outcomes by making moves that are cooperative and generous, Mother Teresa was often accused of living a life of piety to achieve glorification. Mother Teresa defended her actions: "If you are kind, people may accuse you of selfish, ulterior motives; be kind anyway" [source: Derderian].