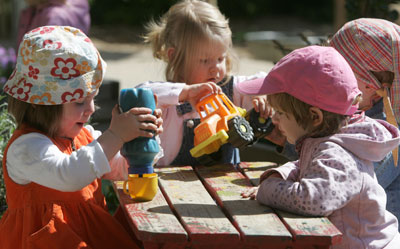 Despite its applicable functions, game theory isn't without criticism. It's been pointed out that game theory can help only so much if you're trying to predict realistic behavior. Every action, good or bad, can be rationalized in the name of self-interest.

A constant difficulty with game theory modeling is defining, limiting, isolating or accounting for every set of factors and variables that influence strategy and outcome. There's always an X-factor that simply cannot be accounted for. For instance, no strategy can predict the actions of a negotiator who is in the throes of a religious revelation.

Game theory is based on rationality. And in traditional economic models, rationality is the maximization of one's own payoff. Therefore, in every situation, you'll always act to gain as much as possible, regardless of how it affects others. Interestingly, studies have found that the subjects most likely to fully embrace the economic model of a self-serving, payoff-maximizing agent are kindergarten students, but that by the fourth grade, their behavior begins to favor cooperative strategies [source: Henrich].

Game theory argues that cooperation between players is always the rational strategy, at least when participating in a game-theory experiment (even if it means losing the game). Consider this scenario: You participate in what you are told is a one-shot game. To win this game, you must take advantage of the other player. After doing so and winning, you learn that this game is actually one of two games in a series.

Now the roles are reversed. The test-givers want to see how Player 2 will behave after Player 1 defects in the first game -- this is the true purpose of the study. Your rational, self-maximizing action in the first game is now irrational outside the framework of a one-shot game.

Test-givers often trick test-takers as a strategy to obtain the optimal outcome: full knowledge of players' strategic choices in different game scenarios. A test-giver's strategy of concealing the true nature of the game itself will dominate any player's strategy within the game. The test-giver receives maximum information (which offers the most utility within a larger framework of test-giving). This information comes, however, at the expense of the player, who reveals to a fellow citizen his or her willingness to defect within the larger framework of life.

The prisoner's dilemma shows us we must assume agents always play dominant strategies. Therefore, the best strategy for a game theory experiment is to assume the test-giver is manipulating the game to make players reveal information. In a game, then, it's always better to cooperate -- even if it means losing the game. The worst outcome from this strategy is still an acceptable outcome. Essentially, losing an experimental game when you've been tricked isn't such a loss -- as long as you maintain your reputation within a much larger series of life scenarios.

Is it rational to take advantage of a player within the hypothetical (and possibly misleading) parameters of a game when you might have to share an elevator with them afterward? Ask yourself that before your next board meeting.

For more information on game theory, visit the links below.

Game Theory at the Movies

In the film "Dr. Strangelove or: How I Learned to Stop Worrying and Love the Bomb," a satire of Cold War logic, the Soviets possess a "Doomsday Device" that will destroy all life on Earth in response to an American attack. Seemingly the ultimate deterrent, there is one flaw in its deterrence capability: the Americans don't know it exists [source: IMDB].