History of Daylight Saving Time: From Franklin to Reagan 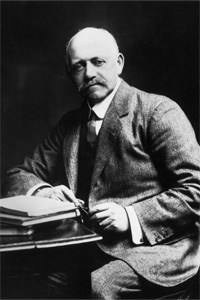 More than a century after eager beaver Ben Franklin conceived of daylight saving time, other folks, like New Zealander George Vernon Hudson and Englishman William Willett, had the same idea. Willett penned a pamphlet in 1907 called "The Waste of Daylight," in which he proposed that, during the spring and summer months, British clocks be moved ahead by 80 minutes in four 20-minute increments. In 1908, the House of Commons said thanks but no thanks to Willett's plan.

And so clocks ticked off standard time in the world for another 10 years. Then, the first of two global conflicts saw widespread fighting and forced many governments to consider drastic energy-cutting measures. Germany adopted daylight saving time (or war time) rules in 1916 in an effort to preserve its supplies of coal. England quickly followed suit, introducing British summer time and moving all clocks one hour ahead of Greenwich Mean Time during the summer months. In total, 31 nations, including the United States, began shifting their clocks to make better use of daylight hours and to preserve resources for the war effort. After the war, most countries repealed their DST laws and returned to standard time.

Peace, of course, didn't last. When World War II began in 1939, governments once again recognized the value of daylight saving time and implemented appropriate rules. This time, 52 countries shifted their clocks forward, some during the summer months, others for the whole year. The U.S., which fell into the latter category, adopted year-round DST for three years, beginning Feb. 9, 1942, and ending Sept. 30, 1945. After the war, Congress repealed mandatory DST, but left it up to different states and localities to decide whether they would continue the practice. Some did. Some didn't.

Finally, in 1966, the U.S. decided that if states were going to observe daylight saving time, they should conform to a standard set of rules. These rules were contained in the Uniform Time Act, which set the beginning and ending of DST, as well as the time when the changeover should occur. For the next 20 years, all was calm on the U.S. time front, except when the country extended DST through the winter in response to the Arab oil embargo.

In 1986, U.S. President Ronald Reagan tweaked daylight saving time when he signed Public Law 99-359. The legislation revised the start time of DST to the first Sunday in April. According to language in the law, the edit was made to provide "more daylight outdoor playtime for the children and youth of our Nation, greater utilization of parks and recreation areas, expanded economic opportunity through extension of daylight hours to peak shopping hours and through extension of domestic office hours to periods of greater overlap with the European Economic Community."

Up next, we'll look at these benefits of daylight saving time, as well as the biggest advantage touted by its supporters -- energy savings.