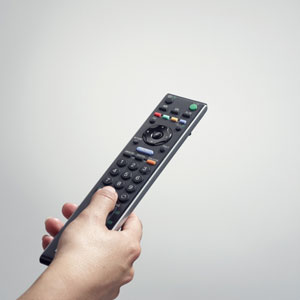 Essential Gadgets Image Gallery So many buttons, so little time. Remote controls have revolutionized the way we use our many technologies, but they can be overwhelming, too. See more essential gadget pictures.
Walker and Walker/Getty Images

Remote controls are one of the most ubiquitous symbols of our modern technologies. Serious electronics connoisseurs might have a dozen remotes scattered on their coffee tables for their entertainment system; even your friends who are less fond of electronics likely have a handful of remotes at their disposal, controlling everything from TVs and air conditioners to car door locks. And of course, all of us probably have at least one or two remotes permanently lost amid an army of dust bunnies under the couch.

Although remotes are most closely linked to television control in popular culture, these devices actually predate TV. In fact, remote controls are an invention born in the 1800s.

Renowned Serbian-American inventor Nikola Tesla created one of the world's first wireless remote controls, which he unveiled at Madison Square Garden in New York City in 1898. He called his fledgling system, which could be used to control a range of mechanical contraptions, a "teleautomaton." For his demonstration, Tesla employed a miniature boat controlled by radio waves. The boat had a small metal antenna that could receive exactly one radio frequency.

Tesla sent signals to the boat using a box -- his version of a remote control -- equipped with a lever and a telegraph key (originally designed to send Morse code signals). The signals generated from this box shifted electrical contacts aboard the boat, which, in turn, adjusted settings for the rudder and propeller, allowing the operator to control the boat's motion.

Financially, Tesla's remote-controlled boats were a flop. His intended client, the U.S. Navy, thought the technology was too flimsy for war. But the concept of remote control caught on and quickly spread to many other types of equipment.

The work of these inventors was a harbinger of things to come. In World War I, the German navy used remotely controlled boats loaded with explosives to attack opposition ships. It was the advent of a new type of warfare, in which armed forces could direct armaments from a distance. During World War II, the German and American armed militaries also experimented and deployed a range of guided missiles and torpedoes.

In the 1930s and 1940s, a few consumer electronics, such as garage door openers and model airplanes, arrived with remote controls. Other products soon followed suit, but this was still just the beginning for remotes, which have radically altered our technological landscape.

Days of our Remote-controlled Lives 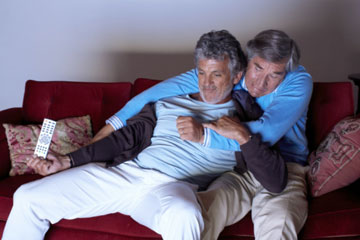 Remotes have created an entire lifestyle of motionlessness -- unless you're fighting to grab the controller from someone else, that is.
Roger Weber/Getty Images

The 1930s saw the emergence of remote controls for radios. Philco (Philadelphia Storage Battery Company) offered some of its high-end radios with a wireless, battery-powered remote called the Mystery Control. However, those early radio remotes had little impact compared to TV remotes.

Before remotes, TV viewers had to plod to their televisions to change the channel and volume using rotating dials or buttons. In 1950, electronics manufacturer Zenith introduced the Lazy Bones remote. Unfortunately, it used a long, snaking cable that turned as many ankles as it did channels.

In the mid 1950s, Zenith engineer Eugene Polley devised his Flashmatic TV remote, which used directional flashes of light to control the television. But the TV's four photo cells (one in each corner of the screen) responded to all sorts of light sources, including sunlight and ceiling lights, causing spontaneous channel changes.

In 1956, Polley's colleague, Robert Adler, created the Space Command control, which employed high-frequency, ultrasonic sound instead of light. This new remote didn't even require batteries. Instead, it had tiny hammers to strike one of four aluminum rods, creating different sounds used only by the TV's receiver. One rod each controlled the on and off power functions and the channel up and down function. There was no volume control.

This style of remote increased the price of a new TV by a third, but that didn't stop people from buying them in mass quantities. These remotes became known as "clickers" due to the sound they made, and although their ultrasonic frequencies were inaudible to humans, they drove a lot of dogs bonkers.

Remote controls completely changed the way consumers interacted with their electronic devices. Instead of getting a bit of exercise every time they wanted to change a radio station or TV channel, people could remain glued to their chairs for hours on end -- giving rise to the term "couch potato."

This was a new type of sedentary lifestyle, one in which motionless consumers could call upon hundreds or even thousands of television channels, unlimited music choices, and movies. And because viewers tended to click through commercials or slow scenes, TV programs changed as well, with faster pacing to keep people continuously engaged.

Remotes kept evolving, too. Ultrasonic remotes were the standard for TVs until the 1980s, when remotes began using the infrared light signals that are most common today. Remotes became so popular for so many devices that "remote overload" exasperated many people, sparking the development of so-called universal remotes, which could be programmed to control multiple devices.

Of course, remotes are for more than just channel surfing. Next, you'll see how remote controls are in some ways making us more productive and adventurous than ever before. 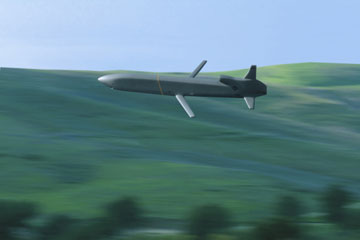