Applications and Limitations of Newton's Laws 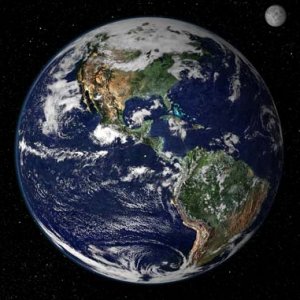 Does the moon move around the Earth in the same way that a stone whirls around the end of a string?
Stocktrek Images/Getty Images

By themselves, the three laws of motion are a crowning achievement, but Newton didn't stop there. He took those ideas and applied them to a problem that had stumped scientists for years -- the motion of planets. Copernicus placed the sun at the center of a family of orbiting planets and moons, while the German astronomer Johannes Kepler proved that the shape of planetary orbits was elliptical, not circular. But no one had been able to explain the mechanics behind this motion. Then, as the story goes, Newton saw an apple fall to the ground and was seized by inspiration. Could a falling apple be related to a revolving planet or moon? Newton believed so. This was his thought process to prove it:

It was a stunning insight -- one that eventually led to the universal law of gravitation. According to this law, any two objects in the universe attract each other with a force that depends on two things: the masses of the interacting objects and the distance between them. More massive objects have bigger gravitational attractions. Distance diminishes this attraction. Newton expressed this mathematically in this equation:

where F is the force of gravity between masses m1 and m2, G is a universal constant and r is the distance between the centers of both masses.

Over the years, scientists in just about every discipline have tested Newton's laws of motion and found them to be amazingly predictive and reliable. But there are two instances where Newtonian physics break down. The first involves objects traveling at or near the speed of light. The second problem comes when Newton's laws are applied to very small objects, such as atoms or subatomic particles that fall in the realm of quantum mechanics.

Still, these limitations shouldn't take away from his accomplishments, so flip to the next page for more information about Isaac Newton and other geniuses.