Importance of the Scientific Method 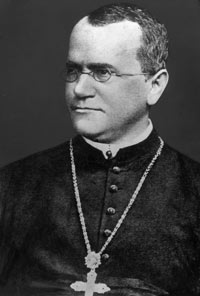 Gregor Johann Mendel, the Austrian priest, biologist and botanist whose work laid the foundation for the study of genetics.
Hulton Archive/Getty Images

The scientific method attempts to minimize the influence of bias or prejudice in the experimenter. Even the best-intentioned scientists can't escape bias. It results from personal beliefs, as well as cultural beliefs, which means any human filters information based on his or her own experience. Unfortunately, this filtering process can cause a scientist to prefer one outcome over another. For someone trying to solve a problem around the house, succumbing to these kinds of biases is not such a big deal. But in the scientific community, where results have to be reviewed and duplicated, bias must be avoided at all costs.

­T­hat's the job of the scientific method. It provides an objective, standardized approach to conducting experiments and, in doing so, improves their results. By using a standardized approach in their investigations, scientists can feel confident that they will stick to the facts and limit the influence of personal, preconceived notions. Even with such a rigorous methodology in place, some scientists still make mistakes. For example, they can mistake a hypothesis for an explanation of a phenomenon without performing experiments. Or they can fail to accurately account for errors, such as measurement errors. Or they can ignore data that does not support the hypothesis.

Gregor Mendel (1822-1884), an Austrian priest who studied the inheritance of traits in pea plants and helped pioneer the study of genetics, may have fallen victim to a kind of error known as confirmation bias. Confirmation bias is the tendency to see data that supports a hypothesis while ignoring data that does not. Some argue that Mendel obtained a certain result using a small sample size, then continued collecting and censoring data to make sure his original result was confirmed. Although subsequent experiments have proven Mendel's hypothesis, many people still question his methods of experimentation.

Most of the time, however, the scientific method works and works well. When a hypothesis or a group of related hypotheses have been confirmed through repeated experimental tests, it may become a theory, which can be thought of as the pot of gold at the end of the scientific method rainbow. Theories are much broader in scope than hypotheses and hold enormous predictive power. The theory of relativity, for example, predicted the existence of black holes long before there was evidence to support the idea. It should be noted, however, that one of the goals of science is not to prove theories right, but to prove them wrong. When this happens, a theory must be modified or discarded altogether.