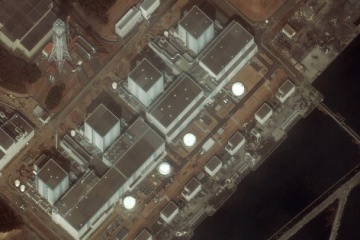 Different people have different opinions of the nuclear power industry. Some see nuclear power as an important green technology that emits no carbon dioxide while producing huge amounts of reliable electricity. They point to an admirable safety record that spans more than two decades.

Others see nuclear power as an inherently dangerous technology that poses a threat to any community located near a nuclear power plant. They point to accidents like the Three Mile Island incident and the Chernobyl explosion as proof of how badly things can go wrong.

In either case, commercial nuclear reactors are a fact of life in many parts of the developed world. Because they do make use of a radioactive fuel source, these reactors are designed and built to the highest standards of the engineering profession, with the perceived ability to handle nearly anything that nature or mankind can dish out. Earthquakes? No problem. Hurricanes? No problem. Direct strikes by jumbo jets? No problem. Terrorist attacks? No problem. Strength is built in, and layers of redundancy are meant to handle any operational abnormality.

Shortly after an earthquake hit Japan on March 11, 2011, however, those perceptions of safety began rapidly changing. Explosions rocked several different reactors in Japan, even though initial reports indicated that there were no problems from the quake itself. Fires broke out at the Onagawa plant, and there were explosions at the Fukushima Daiichi plant.

So what went wrong? How can such well-designed, highly redundant systems fail so catastrophically? Let's take a look.

This diagram shows all the parts of a nuclear reactor.
© 2011 HowStuffWorks.com

If you have read How Nuclear Reactors Work, you are familiar with the basic idea behind a nuclear power plant. At a high level, these plants are quite simple. Nuclear fuel, which in modern commercial nuclear power plants comes in the form of enriched uranium, naturally produces heat as uranium atoms split (see the Nuclear Fission section of How Nuclear Bombs Work for details). The heat is used to boil water and produce steam. The steam drives a steam turbine, which spins a generator to create electricity. These plants are large and generally able to produce something on the order of a gigawatt of electricity at full power.

In order for the output of a nuclear power plant to be adjustable, the uranium fuel is formed into pellets approximately the size of a Tootsie Roll. These pellets are stacked end-on-end in long metal tubes called fuel rods. The rods are arranged into bundles, and bundles are arranged in the core of the reactor. Control rods fit between the fuel rods and are able to absorb neutrons. If the control rods are fully inserted into the core, the reactor is said to be shut down. The uranium will produce the lowest amount of heat possible (but will still produce heat). If the control rods are pulled out of the core as far as possible, the core produces its maximum heat. Think about the heat produced by a 100-watt incandescent light bulb. These bulbs get quite hot -- hot enough to bake a cupcake in an Easy Bake oven. Now imagine a 1,000,000,000-watt light bulb. That is the kind of heat coming out of a reactor core at full power.

The reactors that failed in Japan are Mark 1 boiling water reactors designed by General Electric in the 1960s. This is one of the earlier reactor designs, in which the uranium fuel boils water that directly drives the steam turbine. This design was later replaced by pressurized water reactors because of safety concerns surrounding the Mark 1 design. As we have seen, those safety concerns turned into safety failures in Japan. Let's take a look at the fatal flaw that led to disaster.

A boiling water reactor has an Achilles heel -- a fatal flaw -- that is invisible under normal operating conditions and most failure scenarios. The flaw has to do with the cooling system.

A boiling water reactor boils water: That's obvious and simple enough. It's a technology that goes back more than a century to the earliest steam engines. As the water boils, it creates a huge amount of pressure -- the pressure that will be used to spin the steam turbine. The boiling water also keeps the reactor core at a safe temperature. When it exits the steam turbine, the steam is cooled and condensed to be reused over and over again in a closed loop. The water is recirculated through the system with electric pumps.

The design's vulnerability comes into play if the electric pumps lose power. Without a fresh supply of water in the boiler, the water continues boiling off, and the water level starts falling. If enough water boils off, the fuel rods are exposed and they overheat. At some point, even with the control rods fully inserted, there is enough heat to melt the nuclear fuel. This is where the term meltdown comes from. Tons of melting uranium flows to the bottom of the pressure vessel. At that point, it's catastrophic. In the worst case, the molten fuel penetrates the pressure vessel gets released into the environment.

Because of this known vulnerability, there is huge redundancy around the pumps and their supply of electricity. There are several sets of redundant pumps, and there are redundant power supplies. Power can come from the power grid. If that fails, there are several layers of backup diesel generators. If they fail, there is a backup battery system. With all of this redundancy, it seems like the vulnerability is completely covered. There is no way for the fatal flaw to ever be exposed.

Unfortunately, shortly after the earthquake, the worst-case scenario unfolded. 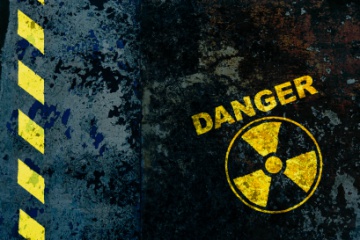 The worst-case scenario in Japan's nuclear crisis would be a meltdown and a massive release of nuclear radiation into the environment.
© iStockphoto.com/caracterdesign

The nuclear power plants in Japan weathered the earthquake itself without difficulty. The four plants nearest the quake's epicenter shut down automatically, meaning that the control rods were fully inserted into their reactor cores and the plants stopped producing power. This is normal operating procedure for these plants, but it meant that the first source of electricity for the cooling pumps was gone. That isn't a problem because the plant could get power from the power grid to run the pumps.

However, the power grid became unstable and it shut down as well. The second source of electricity for the cooling pumps was gone. That brought the backup diesel generators into play. Diesel generators are a robust and time-tested way to generate electricity, so there were no worries.

But then the tsunami hit. And unfortunately, the tsunami was far larger than anyone had planned for. If the backup diesel generators had been higher off the ground, designed to run while submerged in water or protected from deep water in some way, the crisis could have been averted. Unfortunately, the unexpected water levels from the tsunami caused the generators to fail.

This left the last layer of redundancy -- batteries -- to operate the pumps. The batteries performed as expected, but they were sized to last for only a few hours. The assumption, apparently, was that electricity would become available from another source fairly quickly.

Although operators did truck in new generators, they could not be hooked up in time, and the coolant pumps ran out of electricity. The fatal flaw in the boiling water design -- thought to be impossible to uncover through so many layers of redundancy -- had nonetheless become exposed. With it exposed, the next step in the process led to catastrophe.

With the batteries dead, the coolant pumps failed. With no fresh coolant flowing into the reactor core, the water that kept it cool began boiling off. As the water boiled away, the tops of the fuel rods were exposed, and the metal tubes holding the uranium fuel pellets overheated and cracked. The cracks allowed water to enter the tubes and get to the fuel pellets, where it began generating hydrogen gas. The process is called thermolysis -- if you get water hot enough, it breaks down into its constituent hydrogen and oxygen atoms.

Hydrogen is a highly explosive gas -- recall the Hindenburg explosion, in which the Hindenburg was full of hydrogen gas. In Japan's nuclear plants, pressure from the hydrogen built up, and the gas had to be vented. Unfortunately, so much hydrogen vented so quickly that it exploded inside the reactor building. This same chain of events unfolded in several different reactors.

The explosions also indicated that things had gotten out of control. If water were to continue boiling off, a meltdown would be almost assured.

So operators decided to flood the reactors with seawater. This is a last-ditch effort to control the situation, since seawater completely ruins a reactor, but it's better than a meltdown. In addition, the seawater was mixed with boron to act something like a liquid version of the control rods. Boron absorbs neutrons and is one of the main constituents in the control rods.

Next Steps in Japan's Nuclear Crisis 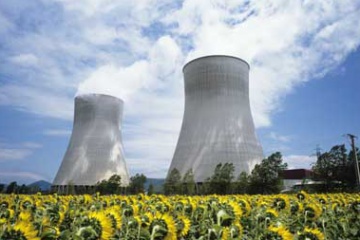 The nuclear incidents in Japan are described as Level 6 INES events (International Nuclear and Radiological Event Scale). Three Mile Island was a Level 5 event. Chernobyl was a Level 7 event, and that is the top of the event scale [source: Reuters]. Obviously, it's a serious situation.

At 40 years old, these reactors are nearing the end of their design lifespans anyway. One alternative is to simply rebuild the plants. The two problems with this approach are that it will be a very lengthy process -- possibly taking a decade or more -- and the general public in Japan may have no appetite for new nuclear reactors. It is still too early to tell.

There are a number of Mark 1 reactors in the United States. It is certain that they will be decommissioned or altered to take advantage of the lessons learned in Japan. Other reactors may also be altered as needed.

The nuclear industry was hoping for a renaissance of nuclear power in the United States now that more than three decades have elapsed since the Three Mile Island incident shut down new nuclear plant construction in the United States. The events in Japan may stop this renaissance. Or they may spur research in other, possibly safer, nuclear technologies.

Viking Warrior in Ancient Grave Was a Woman
Denatured Alcohol: Great for Your Camp Stove, Not Your Margarita
Ancient Babylonian Tablet May Show Early Trigonometry, But Some Experts Are Dubious