Saharan Dust: The Good, the Bad and the Gritty

by Jesslyn Shields Jan 5, 2018
Saharan sand dunes in Mauritania. Dust from the Sahara makes its way around the world with both positive and not-so-positive consequences. Stuart Freedman/Getty Images

The Sahara desert is a long way from the Caribbean, but that doesn't matter — what happens in Africa doesn't necessarily stay in Africa. Take dust, for instance. The dirt on the ground in North Africa is dry, and the desert is windy. Each summer, dust from the dunes of the world's largest desert pours into the atmosphere over the North Atlantic to seed the world's oceans with nutrients that are sorely limited in many marine ecosystems — most notably iron, which is essential to the growth of plants. What happens to that dust after it leaves home can be very good or very bad. It's a crap shoot. Nothing is stationary or permanent or simple on this crazy planet.

The major dust-related pro? The iron that gives Saharan dust its rich red color feeds the phytoplankton in the Caribbean and along the coast of the southeastern U.S., which is important because you want to know a big reason why you're breathing air right now? Phytoplankton.

"For a long time it's been assumed the tropical forests of the world were the primary source of oxygen in the atmosphere, but now it's more appreciated that the production in the ocean acts as a second lung for the planet," says Jason Westrich, a postdoctoral research scientist in University of Georgia's Department of Microbiology. "Phytoplankton photosynthesis is responsible for half of the oxygen and also a substantial uptake of carbon dioxide on the planet."

The Not So Good

Now for the dust-related con.

In a 2016 study, a research team led by Westrich found phytoplankton isn't the only organism in the Caribbean using the magic desert dust. Bacteria — notably 12 different species of pathogenic bacteria from the genus Vibrio — use these nutrient infusions to create blooms of their own.

Vibrio bacteria are pretty ubiquitous in the world's oceans, but there are freshwater species, too — you've probably heard of cholera, the disease brought to you by the freshwater Vibrio cholerae, which infects millions of people worldwide each year, especially in developing countries. A V. cholerae outbreak after the 2010 earthquake in Haiti killed an estimated 10,000 people, and in Yemen an ongoing cholera epidemic has infected over a million people and killed 2,000 and counting. Another Vibrio, the "flesh eating" marine Vibrio vulnificus, is also pretty deadly to humans. It gains entry through an abrasion or puncture wound such as a fish hook, leading to severe infection for immunocompromised individuals.

Marine Vibrio species also play a role in many diseases of ocean organisms. You know how you're not supposed to eat shellfish from some places during the summer? That's because there are more Vibrio in the water when it's warmer, and filter-feeding shellfish accumulate Vibrio parahaemolyticus and Vibrio vulnificus in their meat, which cause the majority of seafood-related sickness and death in the U.S. Other Vibrio species are known to be associated with diseased coral that are already facing so many other environmental stressors. Vibrio disease and mortality has even placed economic strain on the fishing and shrimp farming industries.

"Understanding what drives fluctuation of Vibrio in the environment can help to inform our predictive potential of when to expect increased disease risk in humans and other marine organisms," says Westrich. "For example, we can track Saharan dust by satellite over the typical 5-day transit across the Atlantic before it arrives in U.S. coastal waters, allowing us to warn a swimmer, scuba diver or fisherman that there might be a peak in potentially harmful Vibrio in surface water in the Keys."

Because Vibrio are one of the most researched marine bacterial genera, researchers already know a lot about their biology, ecology, physiology and genetics. And because they can reproduce so quickly — under the right nutrient conditions, one of its species has a population doubling time of 10 minutes! — Vibrio make a great model to probe the lifestyle strategy of a rare bacteria capable of quickly blooming when the nutrient circumstances are right.

Next Westrich and his colleagues will be working to better understand the role of Vibrio blooms on marine iron availability, to see if they're competing with phytoplankton for that sweet, sweet iron dust.

Now That's Interesting
In the 1950s, cholera researcher Dr. Rita Colwell taught Bangladeshi women to strain their drinking water through their saris before consuming it to remove plankton infected with V. cholerae. This led to a 50 percent decrease in cholera in 50 villages in Bangladesh.

Disney World and Its Tangled Web With CIA Ops 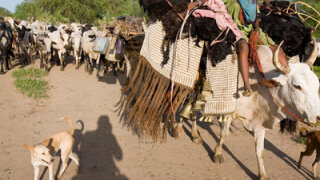 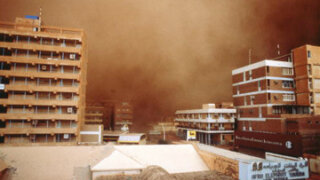 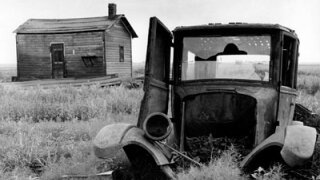