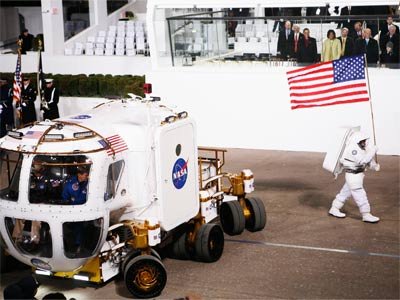 ­Suppose you're traveling to a national park for the first time. In addition, suppose there's no public transportation at your planned destination, and the sights you want to see are far apart. What would you do? Many people would take a bike or a car with them to travel around. But what if that park were 252,000 miles (405,500 kilometers) away on the moon? Now how do you get around?

If you had the extraordinary good fortune to be one of the astronauts to walk on the moon during the first few Apollo missions, you used your legs. Your exploration was limited by how far you could walk while carrying hundreds of pounds of space suit, equipment and rock samples. Your life support systems, which could function for about 4 hours, also hindered how far you could wander. But Apollo astronauts of later missions, like 15-17, drove a car, a lunar roving vehicle (LRV) that resembled a dune buggy.

­Now that NASA is considering returning to the moon for extended missions and establishing a moonbase, more sophisticated lunar rovers are needed with greater range and maybe even living capacity. (In this article we'll focus on manned rovers rather than the robotic ones that are now cruising around Mars or that may someday explore the moon). To meet these needs, NASA has developed prototypes of two new rovers. One is an unpressurized lunar truck or chariot. The other is called variously the lunar electric rover (LER) or the small pressurized rover (SPR). While the original LRV was like a dune buggy, the SPR is more like an extended minivan that can traverse the moon. Recently, the SPR traversed Pennsylvania Avenue as a participant in President Obama's inaugural parade.

­Let's get behind the wheel of some of these rovers, starting with the older ones from the Apollo days and working our way toward the future vehicles that astronauts may take with them when they pay the moon another visit in 2020. 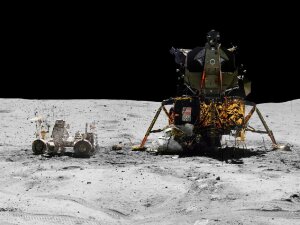 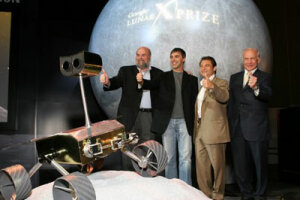