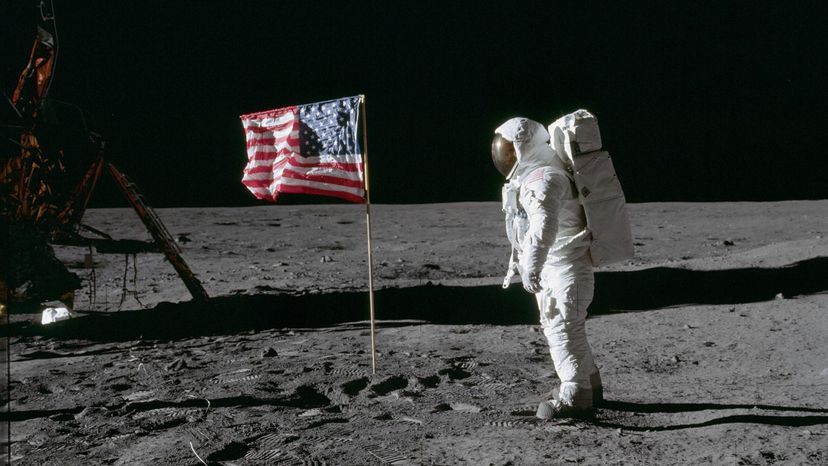 The first successful orbit of the Soviet's artificial satelliteSputnik I on Oct. 4, 1957, sent the United States into a galactic frenzy. Roughly the size of a watermelon, Sputnik was the starting pistol that launched the space race. In the struggle to catch up, U.S. President Eisenhower signed into creation the National Aeronautics and Space Administration in 1958. From here, NASA and its astronauts would take center stage in the peacetime pursuit to beat the Soviet Union and its cosmonauts.

On May 25, 1961, President Kennedy announced what would become the space race's finish line: the moon. Following cosmonaut Yuri Gagarin's inaugural trip into space, Kennedy's vow to get a man on the moon by 1970 raised the bar in the space rivalry with something that would overshadow the USSR's previous string of successes. As though playing an international game of poker, Kennedy put all the American chips on the table.

President Kennedy's proclamation was a deft political move. In fact, both the United States and the Soviet Union spied on each other using satellite photography that was folded into their space agendas [source: National Air and Space Museum]. For instance, the U.S. satellite Corona took more than 800,000 photographs from 1960 to 1972 to learn just how much detail the images could capture [source: National Air and Space Museum].

With all this going on, who crossed the finish line first? Since the United States would put a man on the moon in 1969, did that effectively end the race? Read on to find out.

Space race technology traces back to wartime Germany. Germany had developed new missile capabilities during World War II that allowed them to shoot targets from far away. After the war, the U.S. and USSR both got their hands on this V-2 rocket science and began building their own long-range weapons resources. Soon scientists realized that this same rocketry could propel people, rather than weapons, into the atmosphere and eventually to the moon.

Who Won the Space Race? 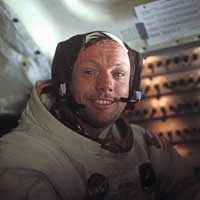 A grinning Neil Armstrong inside the Lunar Module the day he was the first person to step on the moon.
NASA-Apollo/digital version by Science Faction/Getty Images

Most people agree that the space race ended on July 20, 1969, when Neil Armstrong stepped onto the moon for the first time [source: National Air and Space Museum]. As the climax of space history so far, the lunar landing essentially squelched the heated competition between the United States and the USSR.

But the story isn't opened and closed so quickly. Although the Americans put a man on the moon first, that triumph was fueled by a series of back-to-back accomplishments by the Soviets. All in all, the space race played out as a dramatic comeback for the United States starting in 1968, rather than a decisive victory.

This space race also took place in the context of dramatically different resources. While the United States spent $25 billion on the Apollo program to the moon, the USSR spent half that at most [source: Wall]. In fact, the Soviet Union publicly denied its engagement in a lunar program, although declassified documents have shown otherwise.

The key difference in the country's lunar developments boiled down to creating a rocket capable of reaching the moon with a crew and equipment. For the United States, the Saturn V rocket developed by November 1967 hit that sweet spot. The USSR's moon rocket N-1 repeatedly failed testing.

Instead, the Soviets sent up Luna 3, a satellite with a robotic arm meant to bring back moon samples. Although it reached the moon successfully in 1969, it got stuck in orbit and was circling the moon as Neil Armstrong touched down. After a series of additional attempts at perfecting the moon rocket for a manned flight, Soviets pulled the plug on the program in 1974. The USSR would launch the first space station Salyut 1 in 1971, but the space race fervor had subsided by then.

The breakdown of the Soviet Union and its transformation into Russia brought it and the U.S. together for collaboration. Both countries led the world in space technology, and they signed an agreement in 1993 to develop a joint space station. While funding shortages on the Russian side and technical problems for the United States have caused friction, the two continue to work with 13 other nations toward the completion of the International Space Station.

With China's emerging dominance in the world, we could see another space race to the moon in the coming decades. President Bush announced in 2004 that the United States would return to the moon by 2020. China's space exploration Project 921 involves the same lunar goal on a similar timetable [source: Ritter], which begs the question: Will the U.S. come in first again?

To learn more about NASA, head to the links that follow.