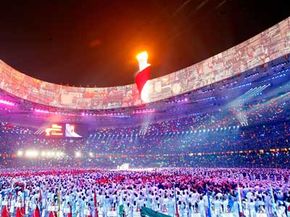 Downpours didn't snuff out the torch during the opening ceremony of Beijing's 2008 Olympic Games. Was it a matter of good luck or even better science? See more ­weather pictures.
Cameron Spencer/Getty Images Sport/Getty Images

­In the­ lead-up to the 2008 Summer Olympics, the People's Republic of China garnered a lot of press for all its housecleaning efforts. The country made strides toward cleaning up pollution, revamping public transportation and generally tidying up the city of Beijing. After all, the event promised to be the biggest party of the year, with the entire world invited to tune in. Authorities deterred potential party crashers by making it harder to visit the city and, yes, even requiring the visiting Luchadores to carry permits for their trademark Mexican wrestling masks.

­If you've ever thrown a party, you too may have fretted over every detail concerning the evening. Will the guests think you're cheap if you don't use the good china? Will your kids be on their best behavior, or should you banish them to their rooms? Chinese officials faced similar worries heading into the summer games, only they took their micro planning to unheard of levels. See, the Aug. 8 opening ceremony happened to fall during a traditionally wet season for Beijing. To avoid any crimp in their plans, they decided to shoot down any cloud that looked as though it might try to enter the city uninvited.

That may sound extreme, but Chinese authorities didn't become such meteorological control freaks overnight. Chinese research into weather control dates back to 1958. Forty years later, the government-run Weather Modification Program launches thousands of specially designed rockets and artillery shells into the sky every year in an attempt to manipulate weather conditions.

Run by the Weather Modification Department, a division of the Chinese Academy of Meteorological Sciences, the program employs and trains 32,000 to 35,000 people across China, some of them farmers, who are paid to handle anti-aircraft guns and rocket launchers [source: Aiyar]. These heavy-duty weapons launch pellets containin­g silver iodide into clouds. Silver iodide is thought to concentrate moisture and cause rain, a process known as cloud seeding. China has invested heavily in this technology, using more than 12,000 anti-aircraft guns and rocket launchers in addition to about 30 planes [source: Aiyar].

With a population of more than 1.3 billion, China requires vast amounts of water. The government practices cloud seeding to try to produce rain for farmers, stave off drought, clear away air pollution and smog, fill water basins and, of course, produce a picture-perfect opening Olympic ceremony.

­Were Chinese authorities successful in keeping their atmospheric gatecrashers at bay? And how does cloud seeding actually work? Read on to find out.

The Beijing Weather Modification Office spent a lot of time researching how to prevent rain in the city during the Aug. 8 opening ceremony of the 2008 Summer Olympics. The government even guaranteed clear skies for the event -- a promise it managed to deliver on. The feat only took the launch of 1,104 rain dispersal rockets from 21 sites in the city to pull off [source: O'Neill].

Even in areas with very low humidity, there's at least some water in the sky and clouds. A rainstorm happens after moisture collects around naturally occurring particles in the air, causing the air to reach a level of saturation at which point it can no longer hold in that moisture. Cloud seeding essentially helps that process along, providing additional "nuclei" around which water condenses. These nuclei can be salts, calcium chloride, dry ice or silver iodide, which the Chinese use. Silver iodide is effective because its form is similar to ice crystals. Calcium chloride is often used in warm or tropical areas.

Northern China, where Beijing is located, doesn't receive much rain -- its rainfall levels are 35 percent below the world average, and some of its water supplies are significantly polluted. The area relies heavily on cloud seeding. Zhiang Qiang, who runs the Beijing Weather Modification Office, told the Asia Times that water levels in Beijing's water basins have increased up to 13 percent due to cloud seeding [source: Aiyar]. Cloud seeding also has been used to cool Beijing on hot days.

There are three cloud seeding methods: static, dynamic and hygroscopic.

­China has a reputation for launching ambitious projects, from the Great Wall in ancient times­ to the highest railroad in the world, connecting Qinghai to Tibet. But is the investment in cloud seeding worth it, and can the government really make it rain whenever it sees the need? On the next page, we'll look at some of the criticism surrounding cloud seeding. 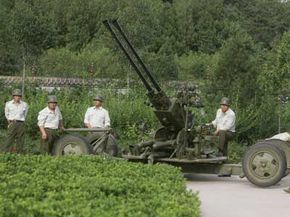 Chinese athletes won 51 gold medals in the 2008 summer games -- the most of any participating nation [source: NBC]. The Beijing Weather Modification Office celebrated another key victory: the opening ceremony's defeat of its dreaded adversary, the storm cloud. The ceremony went by without a drop, the temperature never rose above 83 degrees Fahrenheit (29 degrees Celsius) and most of the day passed with no more than a few scattered clouds. Impressed? Well, not everybody's sold on cloud seeding.

The United States began weather control research in 1946. Currently, some states use cloud-seeding programs in an attempt to increase precipitation levels or prevent crop-damaging hail. An eight-year experiment in Texas and Oklahoma, conducted over 5,000 square miles (12,950 square kilometers), showed that cloud seeding increased rainfall, cloud height, length of storms and the area in which rain fell [source: Eckhardt]. Even so, enthusiasm for cloud seeding in the U.S. has dried up since the early 1970s, when federal funding was about $19 million a year [source: Cotton, Engber]. Now states have to kick in the dough if they want to try ruling the skies.

Internationally, Russia, Israel, Thailand, South Africa and Caribbean nations have all tried their hand at cloud seeding, with mixed results. Australian scientists­ conducted numerous experiments, discovering that static seeding didn't appear to be effective over Australia's plains but was very effective over Tasmania.

In 2003, the United States National Academy of Sciences declared that 30 years of studies had not produced "­convincing" evidence that weather modification works [source: Associated Press]. On the other hand, the American Meteorological Society claims that some studies on cloud seeding show a 10 percent increase in rain volume [source: Eckhardt].

­Cloud seeding is quite expensive, though potentially cheaper than other projects, like diverting rivers, building new canals or improving irrigation systems. Then again, the allure of cloud seeding may redirect attention and funding from other projects that could be more promising. Then there are questions about altering weather. Are some areas taking moisture out of the air that would have fallen as rain in another region? And if regions are experiencing drought due to climate change, isn't effort better spent tackling the causes of global warming?

Despite reassurances from cloud-seeding companies, concerns also remain about expo­sure to silver iodide toxicity and soil contamination. Other safety issues are more transparent. In China, wayward munitions have damaged property and even killed one person in May 2006. The Chinese government contends that it has improved training, licensing and safety practices. In the end, cloud seeding has strong supporters, but it remains controversial.

Scientists may not be sure if cloud seeding actually works, but despite the skepticism, China is moving forward. The nation spends $60 to $90 million a year on weather modification, in addition to the $266 million spent from 1995 to 2003 [source: Things Asian]. The government plans to produce 1.7 trillion cubic feet (50 billion cubic meters) of rain a year through the practice [source: Aiyar].

Is cloud seeding just a way of sweeping pollution and climate change under the rug and playing God to ensure you don't have to schedule a rain date? Or is it merely a matter of tweaking weather to your advantage? However you look at it, it's not likely to go away any time soon. In fact, scientists have already proposed building fleets of massive, unmanned ships to seed clouds over Earth's oceans to provide a cooling counter to carbon dioxide-induced global warming [source: Cartlidge]. If cloud seeding is ultimately a way to "fake it" when guests come to visit or crops need a sprinkle, do we really want a world where we have to manually adjust the planet's atmosphere just to stave off environmental disaster?

For more information about cloud seeding, weather control and other related topics, explore the links on the next page. 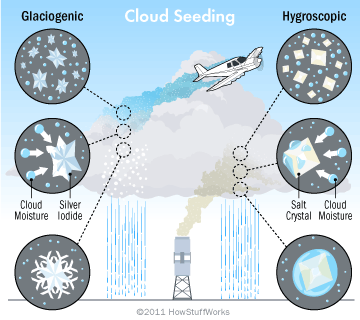 Up Next
Can we control the weather?
Explore More 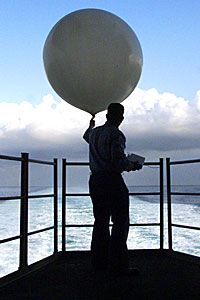 You May Like
How Weather Balloons Work
Explore More 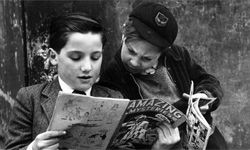