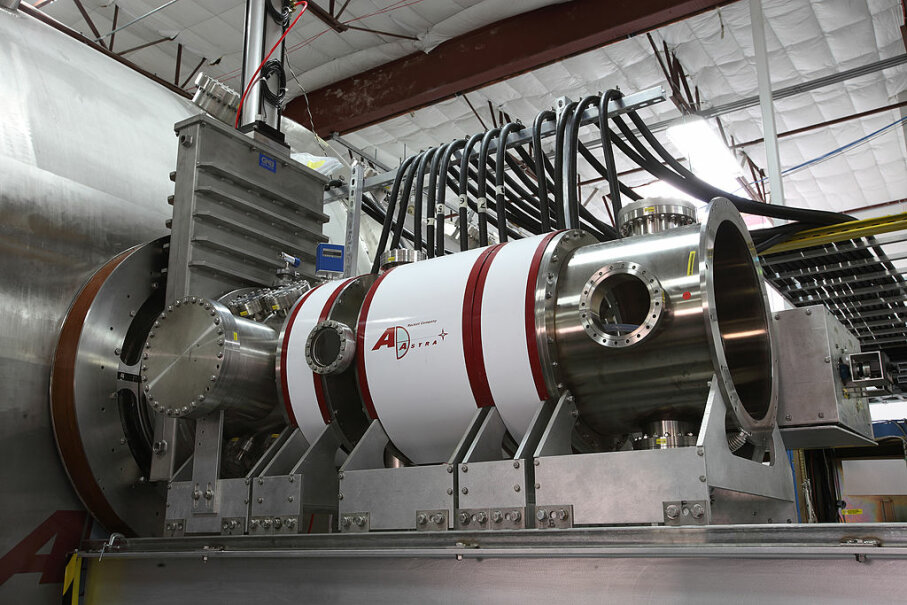 Five. Four. Three. Two. One. Blast off! Into the sky shoots a rocket ship, quickly moving beyond our atmosphere and into outer space. In the last half-century, people have gone from just looking up in amazement at the stars glimmering in the night sky to actually living for months at a time on the International Space Station among the celestial bodies. And while humans have set foot on the moon, landing anywhere farther away has been reserved only for unmanned craft and robots.

One place people are very interested in visiting is Mars. Aside from the actual challenges of landing and spending any time in a place as unwelcoming as the red planet, there's the big hurdle of actually getting there. On average, Mars is about 140 million miles (225.3 million kilometers) from Earth. Even when at its closest point, it's still some 35 million miles (56.3 million kilometers) away from our planet [source: St. Fleur]. Using the conventional chemical rockets that typically carry us into outer space would take at least seven months to get there — not exactly a short amount of time [source: Verhovek]. Is there any way we might be able to do it faster? Enter the plasma rocket!

In lieu of using conventional rocket fuel, scientists and engineers have turned to the promise of plasma rockets to propel us to the further reaches of outer space. In this type of rocket, a combination of electric and magnetic fields are used to break down the atoms and molecules of a propellant gas into a collection of particles that have either a positive charge (ions) or a negative charge (electrons). In other words, the propellant gas becomes a plasma.

In many configurations of this engine, an electric field is then applied to eject the ions out the back of the engine, which provide thrust to the spacecraft in the opposite direction [source: Zyga]. With this technology optimized, a spaceship could theoretically reach a speed 123,000 mph (198,000 kph) [source: Verhovek]. At that speed, you could get from New York to Los Angeles in one minute!

Plasma: The Fourth State of Matter 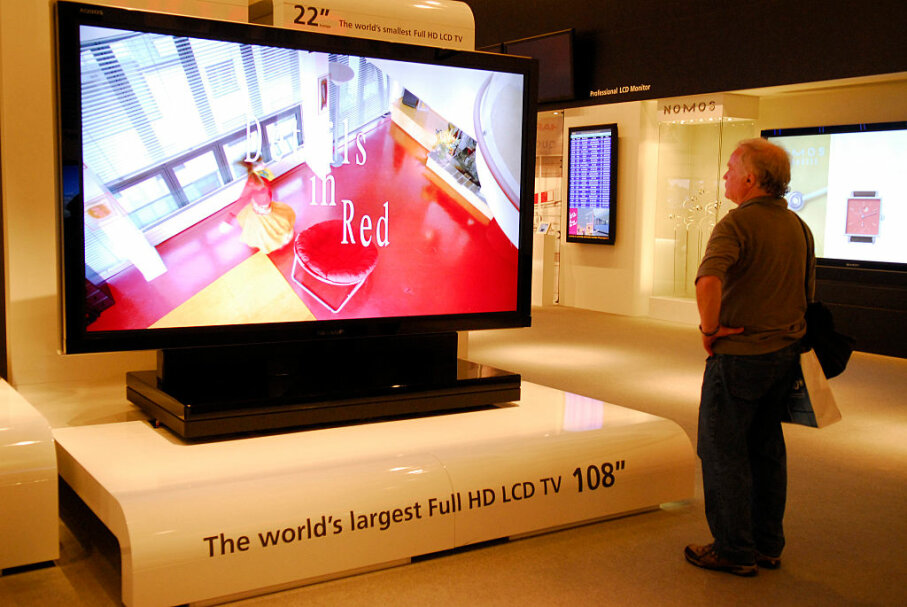 A man checks out the world's largest HD LCD TV at a convention in Berlin. Plasma TVs are now very common. snapshot-photography/ullstein bild via Getty Images

The world is usually broken down into three states of matter: solid, liquid and gas. When matter is cold, it is solid. As it heats up, it turns into a liquid. When more heat is applied, you get a gas. The story doesn't end there, however. As you add even more heat, you get — plasma! The extra energy and heat break apart the neutral atoms and molecules in the gas into typically positively charged ions and negatively charged electrons. The charged particles give plasma interesting conductive properties, so plasma technology is used to make all sorts of items we use every day. Computer chips, neon signs, even the metallic coating on the inside of a bag of potato chips are created using plasma technology. And of course, there is the plasma television which uses plasma to release light photons, giving you a color display of pixels on your screen. In fact, 99 percent of ordinary matter in the universe is in the plasma state [source: Charles].

Most stars, including our sun, are made of plasma. If it's so prevalent in the universe, why don't we see it much on Earth? Well, actually, we do. The northern and southern lights are created by solar winds. And what are solar winds? Plasma! OK, not everyone is lucky enough to see these spectacular light displays, but you can see plasma in action during another awesome light shows provide by nature: a thunderstorm. As the electricity in lightning flows through the air, it provides so much energy to the molecules in its path that the gases in the lightning trail are actually transformed into plasma.

Plasma technology has also been used in rockets to help us get around outer space, and it holds the most promise for getting humans to places we could only dream of before. These rockets need to be in the vacuum of outer space to work since the density of air near the earth's surface slows down the acceleration of the ions in the plasma needed to create thrust, so we can't actually use them for lift-off from earth. However, some of these plasma engines have been operating in space since 1971. NASA typically uses them for upkeep on the International Space Station and satellites, as well as the main source for propulsion into deep space [source: NASA]. 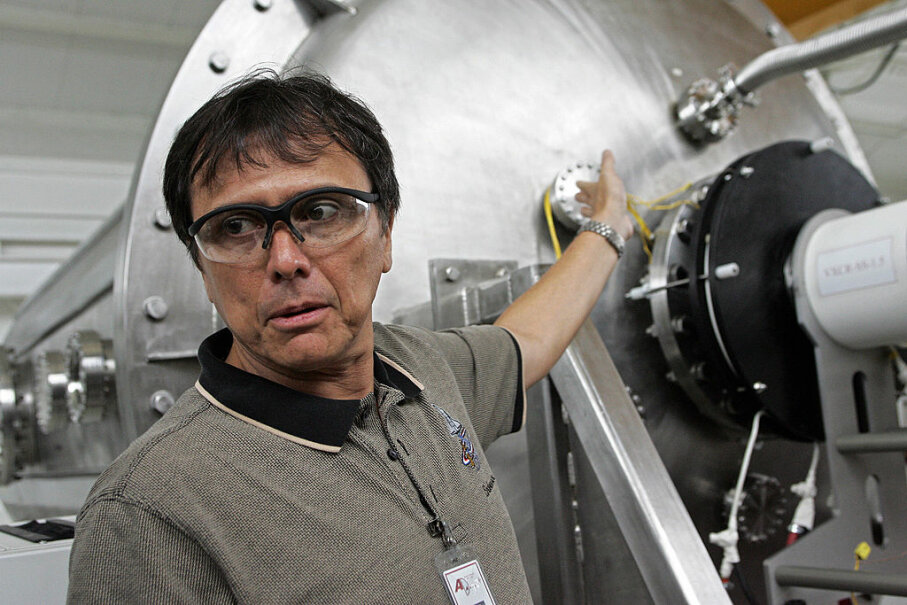 All plasma rockets operate on the same type of principle: Electric fields and magnetic fields work side by side to first transform a gas – typically xenon or krypton – into plasma and then accelerate the ions in the plasma out of the engine at over 45,000 mph (72,400 kph), creating a thrust in the direction of desired travel [source: Science Alert]. There are many ways that this formula can be applied to create a working plasma rocket, but there are three types that stand out as the best and most promising [source: Walker].

Hall thrusters are one of two types of plasma engines that are currently in use regularly in space. In this device, electric and magnetic fields are set up in a perpendicular fashion in the chamber. When electricity is sent through these dueling fields, the electrons begin to whiz around super-fast in circles. As the propellant gas gets squirted into the device, the high-speed electrons knock electrons off the atoms in the gas, creating a plasma consisting of the free electrons (carrying negative charges) and the now positively charged atoms (ions) of the propellant. These ions get shot out of the back of the engine and create the thrust needed to propel the rocket forward. While the two processes of ionization and acceleration of the ions happen in steps, they occur within the same space in this engine. Hall thrusters can generate a significant amount of thrust for the input power used, so they can go incredibly fast. But there are limits on their fuel efficiency.

When NASA is looking for an engine that's more fuel-efficient, it turns instead to gridded ion engines. In this commonly used device, electric and magnetic fields are situated along the walls of the engine chamber. When electrical power is applied, high-energy electrons oscillate in and along the magnetic fields near the walls. In a similar fashion to the Hall thruster, the electrons are able to ionize the propellant gas into a plasma. In order to do the next step of creating thrust, electric grids are placed at the end of the chamber in order to accelerate the ions out. In this engine, the ionization and acceleration happen in two different spaces. While the gridded ion engine is more fuel-efficient than a Hall thruster, the downside is that it cannot generate as much thrust per unit area. Depending on the type of job they're looking to get done, scientists and aerospace engineers choose which engine suits the mission better.

Finally, there is the third type of engine: VASIMR, short for Variable Specific Impulse Magnetoplasma Rocket. This rocket, developed by former astronaut Franklin Chang Diaz, exists only in the test phase now. In this device, the ions are created via radio waves generated by an antenna to form the plasma. Another antenna further downstream adds energy that causes the ions to spin around in a circle very fast. A magnetic field provides directionality so that the ions are released out of the engine in a straight line, thereby delivering the thrust. If it works, this rocket will have enormous throttle range, something that the Hall thruster and ion gridded engine cannot achieve as easily.

Conventional rockets are great and have gotten us far, but they have their limitations. These rockets also work on the basis of thrust: The engine burns fuel, creating a high pressure gas that gets forced out of the rocket nozzle at high speed and the rocket gets propelled in the opposite direction [source: Brain]. Rocket fuel, however is very heavy and super-inefficient. It cannot provide enough power to get places fast. The rocket fuel is burned up in the effort to get off the earth and into orbit, and then the spaceship basically is forced to just coast [source: Verhovek].

A plasma rocket, on the other hand, uses a lot less fuel than these conventional engines – 100 million times less fuel, in fact [source: Science Alert]. It's so fuel-efficient that you can go from Earth's orbit to the moon's orbit with just about 30 gallons (113 liters) of gas [source: Charles]. Plasma rockets accelerate gradually and can reach a maximum speed of 34 miles (55 kilometers) per second over 23 days, which is four times faster than any chemical rocket [source: Verhovek]. Less time spent traveling means less risk of the ship experiencing mechanical failures and astronauts being exposed to solar radiation, bone loss and muscle atrophy. With VASIMR, propulsion will also theoretically be available throughout the entirety of the trip, meaning that changes in direction could be possible at any time.

To be realistic, at this point, travel to Mars in a short time is still a long way off. Reaching these types of extreme distances will require a lot of power. Most Hall thrusters and gridded ion engines run on about 5 kilowatts of power. To get to the levels of power you'd need to reach Mars in about 40 days, you'd need at least 200 times that amount [source: Walker]. The most viable source of energy to generate this amount of power while in outer space is nuclear power sources built into the engine. At this time, however, putting a nuclear power source on a rocket ship that we blast from earth into space poses too much threat of radiation exposure in the case of a crash.

So the power source to reach those distances remains a major challenge. Not to mention the uncertainty of how the human body would react to travelling 34 miles (54 kilometers) per second (as opposed to the 4.7 miles or 7.5 kilometers per second astronauts travel to get to lower earth orbit in conventional rockets) [sources: Verhovek, Northwestern University Qualitative Reasoning Group]. But in theory, given enough power, these engines have the capabilities of reaching Mars in about 40 days, a feat we wouldn't have dared dream possible just 50 years ago.

First I read "The Martian," and now I've written this article. I've never been so jazzed about Mars! I'm not sure I'd want to go there myself, but more power to the astronauts who may one day walk upon the red planet!