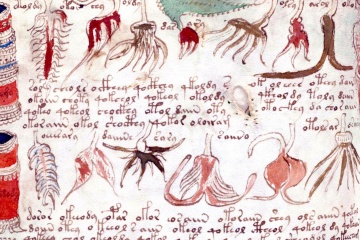 The writing and illustrations of the Voynich manuscript have never been identified.
©Universal History Archive/UIG via Getty images

It could be a travel diary written by extraterrestrials. Perhaps it's evidence of an obscure culture lost entirely to history. Maybe it's just gibberish, or even an elaborate hoax intended to embarrass an ancient scholar. It could just be a strangely encoded book of botany. It's the Voynich manuscript, and it's one of the most enduring mysteries in the history of book making.

The Voynich manuscript is an odd and confounding codex (an ancient manuscript gathered into book form); hundreds of years old, it's filled with a fancy script from a language that no one recognizes. It's adorned with colored illustrations of plants that no one has ever catalogued, in addition to astronomical diagrams, scary-looking naked women, and perhaps medieval recipes and medical tips, too.

At more than 200 pages long, the book is a lengthy mystery. Scholars, philosophers, art historians and — perhaps most notably — cryptographers from all over the world have attempted to unravel the language or code in the book. Computer scientists have attacked the text with powerful processors and sophisticated algorithms. All of them have failed, to the extent that no one really knows whether the letters in the book are really letters or numbers or perhaps something else entirely.

While professional and amateur codebreakers argue about the contents of this enigmatic text, there's no contesting one fact — the Voynich manuscript is a captivating mystery, and one that tests the very limits of our ability to unravel secrets of the past. 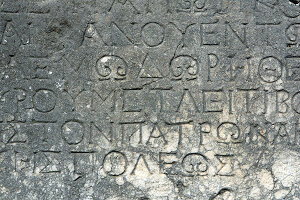 How did writing evolve? 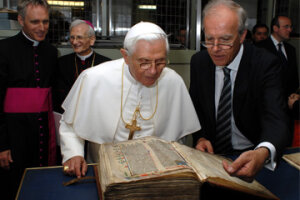 What is the oldest book in the world? 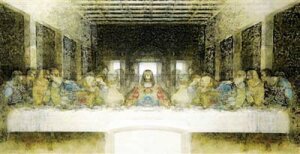 Are there secret messages in da Vinci's 'The Last Supper'?