From Europe to Yale 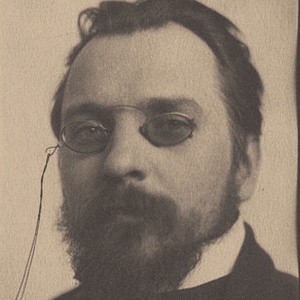 Michael Wilfried Voynich, the book dealer after whom the manuscript is named
© Art Images/Heritage Images/Getty Images

No one knows where the Voynich manuscript came from, although the style of its illustrations seems to match 15th-century European art. In 2009, scientists at the University of Arizona performed carbon dating tests on the book and confirmed that it was probably made several hundred years ago, perhaps in the early 1400s.

There isn't much in the way of recorded evidence regarding the book, but in 1639, a Prague-based antique collector named Georg Baresch sent a letter to Athanasius Kircher, a Jesuit scholar living in Rome. In his letter, Baresch described a "piece of writing in unknown characters" and "of varied images, stars and other things bearing the appearance of chemical symbolism." He assumed that the book was some sort of repository of medieval medical information, but its unreadable language meant it simply sat "uselessly" in his library.

Kircher had a reputation for unraveling hieroglyphics and mysteries, but for reasons that are unclear, Baresch never sent the tome to him. After Baresch's death, the manuscript went to a friend by the name of Jan Marek Marci.

Marci contacted Kircher, too. In a letter, he offered a tantalizing (but impossible to prove) fragment about the book's history. Marci was acquainted with Raphael Mnishovsky, who served Rudolf II, Holy Roman Emperor and King of Bohemia, who himself loved to collect obscure and weird things. Mnishovsky claimed that Rudolf II purchased the book and that the author was most likely Renaissance man and Franciscan friar Roger Bacon.

Thanks to Marci, the book likely ended up in Kircher's personal library, but for the next two centuries it disappeared from history. Then in 1912, a book dealer named Wilfrid Voynich bought the manuscript in Italy. He spent years attempting to determine the book's origins and sought out experts he thought might able to decipher its contents. None succeeded, but his efforts brought him a fame of sorts, forever linking his name to the manuscript.

The pages passed through a few more hands before finding a permanent home in the Yale University library in 1969. You can visit the library's website to view high-resolution images of the document in its entirety.

Its ancient parchment has sparked gigantic controversy, but the book itself is actually pretty small. It measures about 9 inches (23 centimeters) tall by 6 inches (16 centimeters) wide, and it contains 246 pages. There seem to be gaps in book, though, and experts think the number of pages once totaled more than 270.

The pages aren't paper. They are made from vellum, which hundreds of years ago was derived from specially treated calf's skin.

The book was a major undertaking. After careful handwriting analysis, researchers think that at least two and perhaps up to eight people did the bulk of the writing, and they likely put at least a few months of labor into making their masterpiece. All of that hard work resulted in an intriguing — and indecipherable — stream of script and artwork that baffles everyone.