History of the Space Shuttle 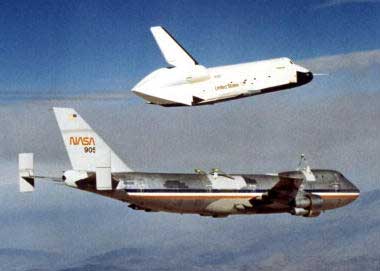 ­Near the end of the Apollo space program, NASA officials were looking at the future of the American space program. They were using one-shot, disposable rockets. What they needed was a reliable, less expensive rocket, perhaps one that was reusable. The idea of a reusable "space shuttle" that could launch like a rocket but land like an airplane was appealing and would be a great technical achievement.

NASA began design, cost and engineering studies on a space shuttle and many aerospace companies also explored the concepts. In 1972, President Nixon announced that NASA would develop a reusable space shuttle or space transportation system (STS). NASA decided that the shuttle would consist of an orbiter attached to solid rocket boosters and an external fuel tank and awarded the prime contract to Rockwell International.

At that time, spacecraft used ablative heat shields that would burn away as the spacecraft re-entered the Earth's atmosphere. However, to be reusable, a different strategy would have to be used. The designers of the space shuttle came up with an idea to cover the space shuttle with many insulating ceramic tiles that could absorb the heat of re-entry without harming the astronauts.

Remember that the shuttle was to fly like a plane, more like a glider, when it landed. A working orbiter was built to test the aerodynamic design, but not to go into outer space. The orbiter was called the Enterprise after the "Star Trek" starship. The Enterprise flew numerous flight and landing tests, where it was launched from a Boeing 747 and glided to a landing at Edwards Air Force Base in California.

Finally, after many years of construction and testing (i.e. orbiter, main engines, external fuel tank, solid rocket boosters), the shuttle was ready to fly. Four shuttles were made (Columbia, Discovery, Atlantis, Challenger). The first flight was in 1981 with the space shuttle Columbia, piloted by astronauts John Young and Robert Crippen. Columbia performed well and the other shuttles soon made several successful flights.

In 2003, while re-entering the Earth's atmosphere, the shuttle Columbia broke up over the United States. NASA grounded the space shuttle program after the accident and worked feverishly to make changes and return the shuttles to flight. In 2006, the shuttle Discovery lost foam from its external fuel tank. Once again, the program was grounded and scientists struggled to solve the problem. The Discovery launched twice in 2006, once in July and again in December. According to NASA, the July 2006 launch was the most photographed shuttle mission in history. The Atlantis launched in September 2006, after delays due to weather, a problem with the fuel cell and a faulty sensor reading.

While the space shuttles are a great technological advance, they are limited as to how much payload they can take into orbit. The shuttles are not the heavy lift vehicles like the Saturn V or the Delta rockets. The shuttle cannot go to high altitude orbits or escape the Earth's gravitational field to travel to the Moon or Mars. NASA is currently exploring new concepts for launch vehicles that are capable of going to the Moon and Mars.

For more information on space shuttles and related topics, check out the links on the following page.