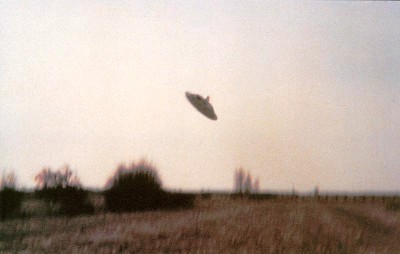 ValJohnson spotted a UFO in an isolated area of Minnesota.
Fortean Picture Library

Studying the brilliant light in the stand of trees two and a half miles south of him, Marshall County Deputy Sheriff Val Johnson wondered if drug smugglers had flown over the Canadian border into the flat, isolated terrain of far northwestern Minnesota. The light was close to the ground, suggesting that the plane had either landed or crashed. Or maybe there was some simpler explanation. Johnson headed down the county highway to investigate. It was 1:40 A.M. on August 27, 1979.

The next thing Johnson knew, the light was shooting directly toward him, moving so fast that its passage seemed almost instantaneous. The last thing he heard was the sound of breaking glass.At 2:19 A.M. a weak voice crackled over the radio in the sheriff's dispatcher's office at Warren, Minnesota. It was Johnson, who had just regained consciousness. His car had skidded sideways and now was stretched at an angle across the northbound lane, its front tilting toward the ditch. Asked what happened, Johnson could only reply, "I don't know. Something just hit my car."

Officers who arrived on the scene found the car had sustained strange damage, including a seriously cracked windshield, a bent antenna, smashed lights, and other damage. Both the car clock and Johnson's wrist watch were running 14 minutes slow, though both had been keeping correct time until the UFO incident. Johnson's eyes hurt badly as if, an examining physician declared, from "welding burns."

Allan Hendry of the. Center for UFO Studies along with experts from Ford and Honeywell conducted an extensive investigation. Their conclusion: The windshield damage was caused by stones apparently carried in the wake of the unknown object. The Honeywell expert thought the bent antenna probably resulted from a "high-velocity air blast superimposed on the air movement over the fast-moving car."

10 Ways Space Is Trying to Kill You
Will Humans Be Living in Space in the Next 50 Years?
Here's What Scientists Just Determined About the Moon's Influence on Rainfall