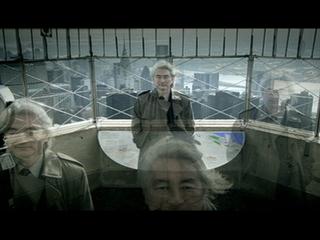 You're obsessed enough with black holes to read this article. Carry the obsession one step further and watch our special video playlist all about black holes. Look, Michio Kaku is beckoning you.
Science Channel

It’s been weeks since the weirdness began in the night sky and, like everyone else, you’ve been glued to the news. Tonight, there’s coverage of the president’s speech, followed by more analysis by astrophysicists, geologists and climatologists. Like a bad joke, they speak in terms of "good news" and "bad news."

The good news is we’re not all dead, and the planet isn’t destroyed, hurtling off into space or swirling down the gravitational drain into the sun.

The bad news is we’re in for some "pretty interesting climate shifts." As it turns out, surviving a near miss with a black hole is a bit like escaping the Titanic -- only to freeze to death in the North Atlantic.

Black holes rank among the most fearsome phenomena in the universe. Their gargantuan gravity warps space and time -- and our understanding of them -- almost to the breaking point. Looming larger still are the supermassive black holes skulking in galactic cores, the repositories of millions to billions of stars’ worth of matter [source: Lemonick].

What mayhem might one of these black beasts bring if it formed, or passed, near our solar system?

As with most hypothetical questions, the devil is in the details. How close would the black hole approach as it swung by? Where would it come from? How massive would it be?

First off, our sun will never become a black hole; it would need 10-15 times as much mass in order to undergo the kind of gravitational collapse required [source:GSFC]. Nor will any stars in our galactic neighborhood undergo the big crunch: Most nearby twinklers are red dwarfs -- mighty mites as common as Starbucks in Seattle -- and pack only a fraction (8-60 percent) of our sun’s mass [sources: Encyclopaedia Britannica, Filippenko].

That leaves two possibilities: Either a black hole spontaneously forms in our vicinity, or a rogue passes nearby. The protestations of Large Hadron Collider naysayers notwithstanding, we can discard the first possibility (we’ll explain why later).

As for the second possibility, astronomers and astrophysicists confirmed the existence of wandering black holes in 2000, but the chances of one hitting us are roughly nil [sources: 20/20; Unruh]. As novelist Douglas Adams once put it, "Space is big. You just won't believe how vastly, hugely, mind-bogglingly big it is. I mean, you may think it's a long way down the road to the chemist's, but that's just peanuts to space."

That said, the possibility is far too interesting not to explore.