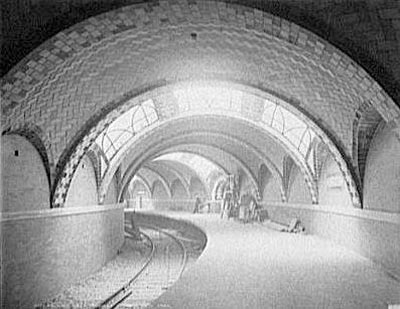 In many of the world's major cities, it would be difficult to imagine life without a subway. Signs, maps and station entrances are a pervasive part of the urban landscape in cities like Paris, London and New York. The Métropolitain, or Métro, has a station within 547 yards (500 meters) of every building in Paris. The London Underground, or the Tube, serves 275 stations throughout London. The New York City subway system has more than 450 stations packed into an area of 240 square miles (621.6 square kilometers). In some areas, it seems like the subway is everywhere you look, even though you can't see its tunnels from the street.

On top of that, these subway systems have been around so long that virtually no one can remember a time when they didn't exist. The world's oldest subway, the London Underground, opened in January 1863. The first lines of the Paris Métro opened in 1900, and the New York City subway began operation in 1904.These are some of the world's most famous subways, and it's no coincidence that they opened in roughly the same time period. They all came into existence for the same basic reason: Large numbers of people were moving to the cities, and the roads couldn't carry them all.

This influx of city dwellers started during the Industrial Revolution of the 18th and 19th centuries. During this period, numerous technological advances completely changed the way many people lived. Rather than working on farms in the country, people could earn a living working in factories in the city. People also emigrated from Europe to the United States, causing the population of New York City to grow from fewer than one million people in 1870 to almost 3.5 million in 1900 [Source: United States Census Bureau].

Because of this influx of people, cities and their transportation systems ran out of room. This was especially true in New York, where the East and Hudson Rivers kept the city from growing in any direction other than northward. Roadways and intersections in many major cities became congested and dangerous, and travel from place to place grew increasingly difficult. The state of the roads became a threat to people's safety and to the continued function of businesses and the government.

The horse-drawn omnibus was an common method of mass transit in the days before the invention of subways.
Photo courtesy Wild Horse Books & Art

At first, municipal authorities and private businesses tried to make the best of limited roadways with above-ground mass transit. Stage coaches and horse-drawn carriages called omnibuses carried groups of people from place to place. But these vehicles had to share the roads with horses, carts and the first cars. They did little to relieve the congestion, and they quickly became dirty and dangerous. Sometimes, delays and crowded conditions led to violence.

In London, city leaders eventually came to the conclusion that they'd have to build a new system of transportation to keep the city running. Since there was no space above ground, the only option was to put this system under the city. Other cities around the world followed London's lead. Today, there are more than 160 subway systems on Earth, most of which have come into existence because of overcrowding, pollution or urban sprawl.

But tunneling under a city is easier said than done. It was particularly difficult during the construction of the first subways. We'll look at exactly what it takes to dig subway tunnels and make them operable in the next section.

From 1870 to 1873, Alfred Ely Beach ran a one-block, pneumatically powered train beneath the streets of New York.

Why are the insides of tunnels usually covered in ceramic tile? 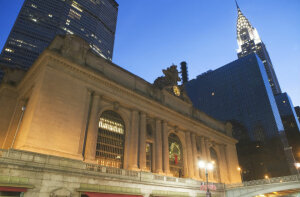 10 Cities You Can See By Mass Transit