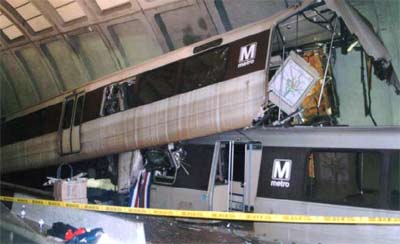 Since subways are intended to be a permanent part of a city's infrastructure, both expansions and renovations are inevitable. Cultural changes and major events can also have a profound impact on when and how a city upgrades and maintains its subway. For example, emphasis on energy conservation has led to increased use of the subways and the need for expansion in some major cities. Other events have had the opposite effect -- at the end of World War II, many people in cities around the world purchased cars and stopped taking the subway. Some systems fell into disuse, and local governments spent less and less money maintaining them. Before long, some systems, like the New York City system, fell into disrepair.

For such subways, bringing the trains, stations and tunnels back up to par can be expensive. The Metropolitan Transit Authority approved a $17.2 billion bid to improve the New York City subway in 1994. Even for well-maintained systems, authorities frequently must assess the need for extensions to the line or upgrades to equipment and rolling stock. In many cases, such upgrades are necessary to ensure the safety of employees and riders.

But even with a round-the-clock staff and top-of-the-line improvements, a few factors threaten subways. Some of the most common dangers are:

In addition, insufficient security measures in some subway systems have led to graffiti, theft, assault and other crimes. Some systems have even experienced terrorist attacks. A sarin gas attack in the Tokyo subway in 1995 killed 12 people and hospitalized 493 others. Terrorists detonated bombs in three London subway trains during rush hour on July 7, 2005. After the September 11, 2001 terrorist attack on the World Trade Center, the collapsing towers destroyed a subway station and damaged portions of the track under the buildings.

Subways, along with the signs and warnings associated with them, have become part of popular culture in many cities.
Photo © 2001-2007 Stock.Xchng

On the other hand, subway systems around the world have often provided safety and shelter. During World Wars I and II, residents of London and Paris sheltered in the subway tunnels during air raids. Members of the French Resistance in World War II also used the tunnels to communicate with one another and to travel through the city. In addition, homeless people take refuge in many subway stations throughout the world. In New York City, this has led to the belief that there are organized societies of people known as "mole people" living underground. However, although researchers agree that people do live in the tunnels, there is little conclusive evidence of the societies described in some unverified accounts.

To learn more about tunnels, subways and related topics, check out the links below.

Just as tunnels and trains have become more sophisticated, the methods people use to purchase a ride on the train have changed as well. Originally, people bought tickets or paid with coins. Some systems changed to token-based entry to prevent having to upgrade turnstiles every time the fare increased. Today, many subway systems use RFID-based tickets rather than coins or tokens.

Train cars in the New York City subway system have a lifespan of 40-50 years. Keeping a train running for that amount of time requires a periodic two-week overhaul at the Coney Island Overhaul Shop, which has a staff of 750 mechanics. During its life time, a train car will go through:

Crews deliver cars that have reached the end of their lifespan to the coast of South Carolina, where they become part of an artificial reef.