by Stephanie Parker Oct 9, 2019
Birds fly over trees that are emerging as the Salton Sea dries up. Now the increasingly salty water has killed most of the fish that millions of migratory birds, rely on for food. David McNew/Getty Images for Lumix

California's largest inland lake, the Salton Sea, lies in the Imperial and Coachella valleys. The lake, which is more than 50 percent saltier than the Pacific Ocean, is becoming more salt than water because it's essentially evaporating. The lake and the area that surrounds it — once hotspots for tourism and wildlife — have essentially become ghost towns.

But while people no longer visit, the lake's evaporation still has consequences for both humans and animals. Rates of asthma there are disproportionately high and are thought to be caused by dust blown up from the dry lakebed. Meanwhile fish populations are plummeting as are populations of migratory birds. So, what is happening at the Salton Sea and is anything being done about it?

What Is the Salton Sea?

First, a little backstory. The Salton Sea has existed in many forms over millennia, depending on changing flows of water from the nearby Colorado River. It's located in the Salton Basin near the Mexican border, and geologic evidence shows it has alternated between mostly freshwater, mostly saltwater and nearly dry.

The sea was in a dry phase when in 1905, the Colorado River overflowed, and, due to human error, breached its levees, flooding the desert valley for two years. This created the 400-square-mile (1,036-square-kilometer) inland lake, which was larger than Lake Tahoe.

In the 1920s, locals decided to divert agricultural irrigation runoff to the lake, which kept it alive longer than it probably would have on its own, given it's located in a desert where temperatures frequently soar above 100 degrees Fahrenheit (37 degrees Celsius).

This accidental lake turned out to be a boon for wildlife, though. Birds flocked to the area and fish seemed to thrive there, as well. In 1930, the U.S. Fish and Wildlife Service created the Salton Sea Wildlife Refuge to protect the ducks, geese and shore birds attracted to the lake. Since its establishment, millions of birds, including 400 different species, have been spotted along the shores.

The area continued to thrive in the 1940s and '50s. Tourism grew, and developers branded it the "Salton Riviera," building hotels, homes and yacht clubs. Salton Sea State Park opened in 1955, then the second largest state park in California. The California Department of Fish and Game bred saltwater fish in the lake — and they flourished and fed large populations of migratory birds.

But this desert paradise's days were numbered and by the 1970s, the "Salton Riviera" was headed for trouble.

Because of the lake's desert location, it has never gotten much precipitation. Plus, most of the surrounding activity was agricultural, so the lake experienced high levels of pesticide and fertilizer runoff. And because the lake has no outlet, the poisoned water had nowhere to go.

This caused a process called eutrophication, which results in increased algae and bacteria known as dead zones. This perfect storm of conditions caused the lake to become saltier. The high salinity, along with the eutrophication, caused massive fish die-offs.

But back at the Salton Sea, tourism dropped off. The lake level dropped, too, due in part to evaporation and in part, ironically, to a reduction in the same agricultural runoff that had caused so many problems in the first place.

Dead tilapia fish rot on the mud of the shores of the Salton Sea. In 1999, 8 million tilapia died in just one day in the lake, where massive fish die-offs occur annually.
David McNew/Getty Images

Then in 2003, things became even more dire. Southern California's water districts finally sign off on the Quantification Settlement Agreement (QSA) that had been in negotiation for years. It called for a large portion of the Colorado River water that had gone to the Imperial Valley for farming irrigation to be redirected to urban areas in the Coachella Valley and San Diego for residential use.

To make up for that water loss, the agreement designated a water restoration plan for the Salton Sea for 15 years. It also paid farmers in the Imperial Valley to leave some of their land fallow and so the water they would have used for agriculture would go the Salton Sea instead. But that deal ran out in Dec. 31, 2017, so the lake continued to dry up.

But even before the QSA deal expired, the Salton Sea ran into problems. In 2012, a sulfurous smell wafted across hundreds of miles of Southern California. The odor turned out to be from the lake's rotting fish carcasses. In addition, the dried-up lake bed left large swaths of dirt that was once covered by water exposed like a massive beach.

"That [exposed dirt] has the potential to be moved by wind and increase the amount of dust that's in the air," says Jill Johnston, Ph.D., an assistant professor of preventative medicine at the University of Southern California. "This dust can get in your lungs and adversely affect respiratory health, cardiovascular health and cause learning issues."

Johnston is currently working on a long-term research project, "The Salton Sea and Children's Health: Assessing Imperial Valley Respiratory Health and the Environment," with partner Shohreh Farzan, Ph.D. The project follows elementary school children near the Salton Sea to look at changes in their respiratory health because of exposure to particulate matter.

There has already been evidence of high rates of asthma is the area. Still, correlation is not causation, which is why Johnston's study is so important. "The aim is trying to answer the question if Salton Sea dust is impacting the health of the community," she says.

Dried-up mud is seen on land that was once underneath the water of California's Salton Sea just a few years ago.
David McNew/Getty Images for Lumix

Over the years, there have been several remediation proposals that promised to deal with the problems at the Salton Sea. An editorial in the Los Angeles Times from March 2019 blames the government's lack of urgency, at least in part, on the lake's location: It's far away from the urban centers that policymakers in the state tend to focus on. In addition, it is close to the Mexican border and smack dab on the southern tip of the San Andreas Fault.

Later in 2007, Sen. Barbara Boxer authorized the Army Corps of Engineers to spend up to $30 million on Salton Sea projects. But money was never appropriated until 2015, when the Obama administration included a measly $200,000 for yet another study.

By 2008, California's Legislative Analyst's Office refused to endorse the $8.9-billion Salton Sea plan prepared and released by the state in 2007. Later in 2008, Gov. Arnold Schwarzenegger signed a bill meant to accelerate the distribution of money for Salton Sea restoration. But ultimately the $8.9-billion plan failed, too.

It wasn't until January 2016 that the California legislature approved $80 million for the Salton Sea — the state's largest-ever allocation. And in February the U.S. Bureau of Reclamation said it would increase its annual spending from $300,000 to $3 million. These announcements both came on the heels of California's Little Hoover Commission report, which urged state officials to "take immediate action on the Salton Sea" because of it was a "public health catastrophe."

But this money is just a drop in the bucket. California has since released another 10-year Salton Sea plan, which it expects will cost at least $383 million. The state is no longer focused on restoring the Salton Sea. It's too late for that. The plan now is to mitigate damage to the habitat — and the people, birds and other animals living near and around it. But that will only happen if the plan is fully funded. And if the past is any indicator of the future, what's to become of the Salton Sea doesn't look so bright.

Now That's a Bummer
The state's 10-year plan to reconstruct wetlands involves around half of the Salton Sea. So far, however, the only thing going as expected is more missed deadlines.

8 Crazy Facts About the Washington Monument 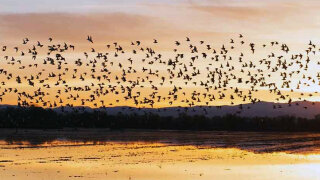 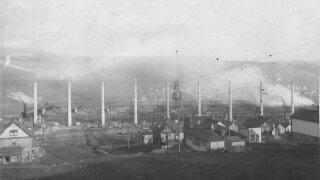 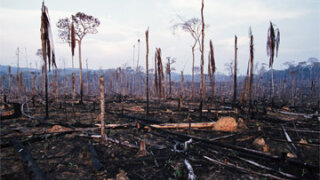