Building Up and Breaking Down: Geology and Decomposition 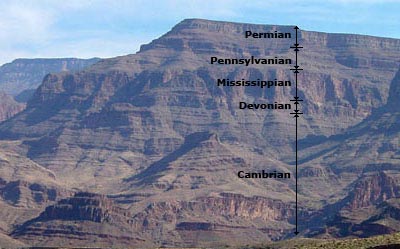 If you've read How the Earth Works, you know that the Earth's physical structure has several distinct layers. There's a solid inner core, a molten outer core, a malleable mantle and a solid crust. The crust, the thinnest layer, forms the Earth's surface, and it's where fossils are both formed and found.

The majority of the rocks found in and on the Earth's crust are sedimentary rocks. They form when sediments, like silt and sand, collect and harden. Over the course of millions of years, this process results in thick layers of sedimentary rock. In some parts of the world, such as the Grand Canyon, you can see these layers. Each layer is younger than the one below it and older than the one above it, a concept first described in the 1600s by geologist Nicholas Steno [source: University of California Museum of Paleontology].

This may seem like a tidy, orderly process, but the Earth is dynamic. Its continents rest on plates, which move very slowly in relation to one another. Plates can collide or spread apart, or the edge of one plate can slip under the edge of another. All of this activity can push older layers of rock to the surface while burying others. This is why some rock formations have layers, or strata, that appear as vertical stripes or swirls instead of horizontal layers. It's also why rocks of the same age can be found in vastly different parts of the world -- the movement of the planet's surface has carried these geological formations from place to place. You can learn more about the process in How Earthquakes Work. Environmental effects, like weathering and erosion, can also reveal very old layers of sedimentary rock.

This is a very simplified view of the process, but it demonstrates two key points that are necessary to understanding fossils. One is that sedimentary rock forms the surface of the Earth. The other is that the Earth's movement has a big impact on how and where these rocks appear.

The other thing you need to know is that the Earth is very efficient at getting rid of waste. Living organisms decompose after they die. Although some people imagine decomposition as a natural process that takes place without outside influences, there are a lot of factors at work that keep the planet from being buried in waste. Here are some of the components of the Earth's cleanup crew:

But how does all this apply to fossils? First, although there are exceptions, most types of fossils form in sedimentary rock. Second, all types of fossilization involve protecting a dead organism from agents of decomposition. Next, we'll take a closer look at how these two factors work together and why fossilization is more likely to happen in the water than on land.

When a plant or animal looks a lot like its ancestors in the fossil record, meaning that it has changed very little over millions of years, it becomes known as a living fossil. Examples of living fossils are horseshoe crabs, gingko biloba plants and coelacanths.