Where does America's gas come from? 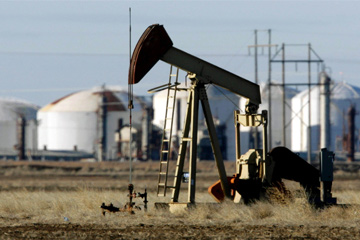 A pump jack works in a field near a Valero refinery in Sunray, Texas.
AP Photo/Matt Slocum

When you hop in your car, you probably know (with a little help from your GPS) exactly where you're going. But the gasoline that feeds your car's engine -- do you know where that comes from?

With Americans burning through so much gasoline, it kind of makes you wonder, doesn't it? What are America's gas sources? Where does America get its oil? Well, the answer is a little more complicated than you might think.

A whopping 64 percent of the oil America used in June of 2009 was imported. However, the major source of America's oil imports may surprise you. It's Canada. Twenty-one percent of the oil imported to the United States in June of 2009 came from Canada, making Canada the largest single-country source of foreign oil for the United States. America even imports more oil from Canada than it does all Persian Gulf countries combined; nations from the Persian Gulf region supplied just 13 percent of America's oil in June of 2009 [source: Energy Information Administration].

Despite Canada (which is stable and friendly to American interests) being the largest foreign source of oil and gas for the United States, Ottawa still doesn't produce the majority of oil America imports. That distinction belongs to the Organization of the Petroleum Exporting Countries, or OPEC. The 11 OPEC member nations span the globe and include oil-rich nations like Saudi Arabia and Venezuela. In June of 2009, OPEC supplied 40 percent of the oil that was imported to the United States [source: Energy Information Administration].

But before the oil can fuel your car, it needs to be refined. According to the EIA, most of the country's oil refining (about 41 percent) takes place in Texas and the Gulf states -- which is why gas prices quickly rise whenever there's a hurricane in Louisiana. Another 20 percent takes place in Midwestern states and about 18 percent of America's oil gets refined into gasoline along the East Coast [source: Energy Information Administration].

To learn more about America's gas source and other related topics, follow the links on the next page.