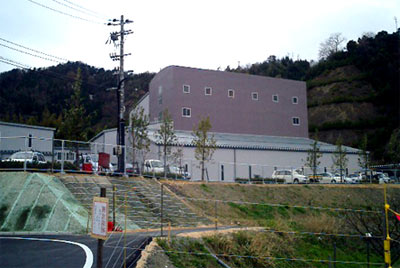 Currently, there are only two commercial plasma plants that process MSW, and they are both in Japan. In 1999, Hitachi Metals commissioned a pilot plant in Yoshii, Japan. This plant was modest, processing less than 30 tons per day of MSW. The successful operation of the plant spurred the development of two other plants within Japan. The pilot program ended in 2004, and Hitachi Metals decommissioned the plant.

The plant at Mihama-Mikata industrial park began operations in 2002. This plant can process up to 24 tons per day of MSW and four tons per day of wastewater treatment plant sludge. Because the plant is relatively small, it doesn't produce syngas for fuel. It does produce steam and hot water, however, which is used both for power and heat generation in the industrial park. The plant uses a water cooling system for the molten slag and separates the metal nodules to sell as scrap. The sand is mixed with concrete and used in paving stones.

The plasma gasification plant in Utashinai, Japan also began processing MSW in 2002. The original design of the plant factored in a capacity of around 170 tons per day of MSW and automobile shredder residue (ASR). Today the plant processes approximately 300 tons per day. The plant generates up to 7.9 megawatt-hours (MWh) of electricity, selling about 4.3 MWh back to the power grid.

Plasma gasification is also used for specialized waste handling projects. In Bordeaux, France, plants designed by Europlasma are used to melt asbestos or vitrify fly ash, particulates that are a result of using incinerators to destroy waste. Fly ash can contain hazardous materials and traditionally have been stored in specialized landfills. Using a plasma torch facility, Europlasma can convert the ash into slag, where the heavy metals and other hazardous materials are rendered inert.

A demonstration facility Israel built by Environmental Energy Resources, Ltd. is scheduled to be converted into a commercial waste treatment facility. Russia has also expressed an interest in plasma gasification facilities, and currently uses plasma plants to treat low level nuclear waste in a plant outside of Moscow.

In the United States, Atlanta-based firm GeoPlasma is working with St. Lucie County in Florida to build and operate a plasma gasification plant. This plant would process all of the incoming waste for the county and begin to mine the existing landfill for waste. Once it is built, the facility will be able to process up to 1,000 tons of garbage per day and generate 67 MWh a day, with a net output of 33 MWh.

GeoPlasma has created a modular design for the plant, with two large plasma gasification chambers that will handle 500 tons per day. The modular design allows further expansion in the future – the proposed plan is to increase capacity to 3,000 tons of waste per day within a few years of operation. Engineers project that within 18 years, the existing landfill will be completely mined and treated. The electricity generated by the plant will be more than enough to power the 98,000 homes in the county.

Many areas across the nation are beginning to look into plasma gasification as a way to approach waste management. Several companies such as GeoPlasma, StarTech, Recovered Energy, Inc. and Plasco Energy Group are pioneers in bringing this technology into commercial use. Assuming the St. Lucie County project is a success, we may see more of these facilities commissioned across the nation soon.

Plasma arc technology has been used in various fields for decades. Experiments using plasma for waste management began in the 1980s. With all the benefits of plasma converters, why are we just now seeing these facilities being built? In the next section, we'll look at why it has taken decades for this technology to go from experimentation to implementation.

The megawatt-hour (MWh) is a unit of measurement for energy. It's equal to 1,000,000 watts operating for 1 hour. A typical clothes dryer requires about 5.6 kilowatt-hours (or 5,600 watt-hours). One megawatt-hour could power that dryer for more than 178 hours without stopping.