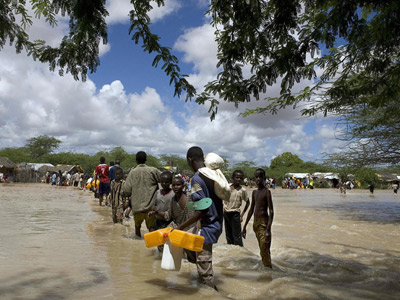 ­If all the ice in Greenland were to melt, the sea­ l­evel would rise by about 21 feet (6.5 meters), and th­at water would submerge 80 percent of the cities around the world [source: The Centre for Research on Globalization]. Rising temperatures, melting arctic ice, rising sea levels, drought, desertification and other catastrophic effects of global warming are not examples of future troubles but are a reality today. Climate change isn't just about the environment, though; its effects touch every part of our lives, from the stability of our governments and economies to our health and where we live.

­Where would you go if, say, a flood devastated the city you live in? Millions of people­ around the world have been forced to answer this question, and extreme weather disasters and deteriorating ecological conditions will force nearly a billion more to face the same question in the next 50 years [source: The Guardian]. These people are climate refugees, also known by dozens of other names, including environmental refugees, eco-migrants, environmental migrants and environmental displacees. Recently, climate refugees who leave their home but stay in their own country have been called internally displaced persons (IDPs) who experience environmentally induced population movements (EIPMs).

It's hard to pin down the first reference to climate refugees. In 1958, they were called "primitive migrants." The modern-day "refugee" term is attributed to the later 1970s and Lester Brown of the Worldwatch Institute, a coinage that's disputed by many academics who accredit the term to a 1985 United Nations report by Essam El-Hinnawi. And to complicate things further, there's no clear definition with which to designate a person as a climate refugee, nor is there consensus that these "refugees" are refugees at all.

Under the 1951 Geneva Refugee Convention, a refugee is a person who "owing to well-founded fear of being persecuted for reasons of race, religion, nationality, membership of a particular social group or political opinion, is outside the country of his nationality and is unable or, owing to such fear, is unwilling to avail himself of the protection of that country" [source: Reuters]. Climate refugees do not legally fall under this status.

­In the mid-1980s, El-Hinnawi defined environmental refugees as "people who have been forced to leave their traditional habitat, temporarily or permanently, because of a marked environmental disruption (natural and/or triggered by people) that jeopardized their existence and/or seriously affected the quality of their life" [source: Worldwatch Institute]. This working definition has been the baseline for current debate. Without a method of classification there's no good way to track how many people have been affected, although the International Federation of Red Cross estimates 25 to 50 million people are climate refugees today [source: Center for American Progress]. 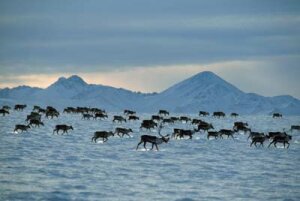 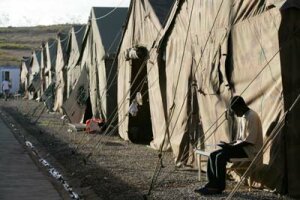