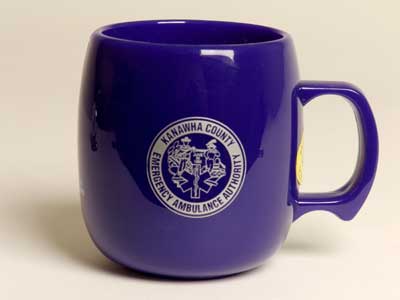 You might not be able to tell at first, but this mug is made from corn plastic -- and no, it won't make your morning cup of coffee taste like a creamed corn latte.
Image courtesy Cornmug.com

If the idea of turning a cornfield into loads of biodegradable plastic doodads makes you feel like you're living in a science fiction story, you might be interested to know just how far back the history of bioplastics goes. The plastic celluloid, developed in the late 1860s, was made from guncotton (acid-dipped cotton) and camphor from Asia's camphor laurel tree. And while you'd be hard-pressed to find a pack of breakfast soysage in the 1930s, auto mogul Henry Ford was already making car parts out of soybeans. In 1941, Ford even unveiled his "Soybean Car," which featured a bioplastic body on a steel frame.

The outbreak of World War II ended Ford's attempts to merge his passions for agriculture and automobiles, but bioplastics were not forgotten. Increased interest in environmentalism in the 1980s led to a bioplastics resurgence, but production proved too costly and the finished products too inferior to petroleum-based plastics. Given the realities of the oil market, however, it was only a matter of time until someone figured out how roll out a cheaper, stronger bioplastic.

How is cor­n plastic manufactured? First, the harvested corn crop is soaked and ground so that the endosperm can be separated from the gluten and fiber. This step is typical in grain crop harvesting, too. Next, producers add enzymes to the starchy endosperm, which converts the endosperm into a simple sugar called dextrose. Then, the addition of bacterial cultures causes the sugar to ferment into lactic acid in the same way brewers use fermentation to produce beer. The resulting acid consists of lactide molecules, which bond into long chains called polymers. At the end of this process, bioplastics producers have pellets of polylactic acid plastic, which can then be spun off into fibers or melted to take just about any form.

One you've removed corn plastic packaging from a product or worn out that corn plastic polo shirt, the materials only have to spend a month or two in a high-humidity composting environment at about 140 degrees Fahrenheit (60 degrees Celsius) before they return to the Earth from which they were originally grown [source: Herrick].

Despite the many benefits of corn plastic, the technology has attracted detractors, even from the environmental movement. On the next page, we'll look at some of the ups and downs of getting your plastic from the cornfields.

While composting and recycling are both excellent conservation tools, it's also important to remember the "reduce" and "reuse" components of waste management's three R's. But it's easy to forget them when we live in an age where manufacturers actually market biodegradable furniture. Take a second to process that. For many of us, furniture isn't something you buy for a lifetime and pass on to your descendants; it's just something to last you through the season. The next time you throw something in the trash, ask yourself if you could have cut down on the waste or gotten more use from a similar product.