Bioplastics: The Pros and Cons 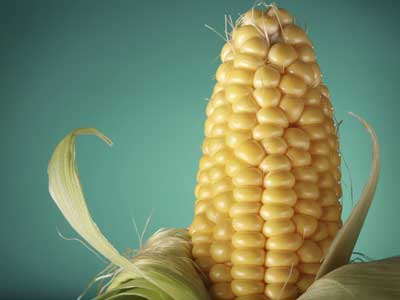 Is corn the answer, or should we rethink our use of plastics?
Sharon Dominick/Photodisc/Getty Images

­What could be wrong with a renewable resource you grow in a field and compost when you're done with it? As it turns out, several things. For one, corn plastic only composts in the hot, moist settings of a commercial composting facility. Simply throw a corn plastic product out of your car or bury it in a backyard-composting heap and the material will stand the test of time just as regular PET plastics will.

If commercial composting isn't available, PLA plastics can wind up following conventional plastics into the landfill or into plastic recycling programs. What's wrong with putting corn plastics in your recycling bin? To the uninformed eye, one may look very much like the other, but their chemical composition is very different. In fact, a relatively small amount of bioplastic can contaminate conventional plastic recycling, preventing the salvaged plastic from being reused and stopping recycling companies from profiting from one of their more lucrative recyclables.

Due to these dangers, companies like NatureWorks are treading carefully, introducing corn plastic products slowly and communicating with commercial recyclers to spot contamination early. Bioplastics manufacturers insist that the threat is overblown and that recycling remains a better option than composting for PLAs such as corn plastic, since it makes up such a small percent of the current plastics market. In addition, since PLA plastics produce the greenhouse gas methane when they decompose, composting isn't a perfect disposal method. On the other hand, if incinerated, bioplastics don't emit toxic fumes like their oil-based counterparts.

To avoid the complications of mixed plastics, commercial composters in the Northwestern United States only accept bioplastics from food service operations, not households. This approach means that bioplastics could conceivably be used to great effect at sports games and other events where foods are purchased and consumed on the premises in bulk.

As with corn ethanol, corn plastic has also drawn criticism for depending on the industrial farming of large fields of crops. These fields could otherwise be used to grow food for an ever-rising global population. Much of the corn used for bioplastics is a variety called Number 2 Yellow Dent that's used mostly for animal feed. In addition, some of this corn used has been genetically modified. Nevertheless, even if genetically modified corn was used to make your plastic water bottle, NatureWorks insists that you don't have to worry about consuming modified proteins, as these are destroyed in the transformation from plant to PLA plastic [source: Jewell].

Advocates also stress that the bioplastics industry is in its infancy, with long-term plans of being able to depend exclusively on agricultural waste (such as stems and stalks) for production. Such plans are also mentioned in defense of the higher costs associated with bioplastics research and production. PET plastics are a mature commodity, with years of production fine-tuning behind it. Bioplastics advocates argue that, in time, PLA costs will go down, all while petroleum-based plastics costs continue to fluctuate due to unstable production regions and dwindling resources.

Explore the links below to learn even more about plastics, corn, biofuel and recycling.