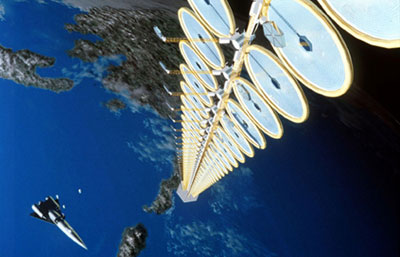 Many people agree that as we start to exhaust the Earth's natural resources, looking to the heavens for an answer may not be such a bad investment. If you're one of those people, try out some of the links below.