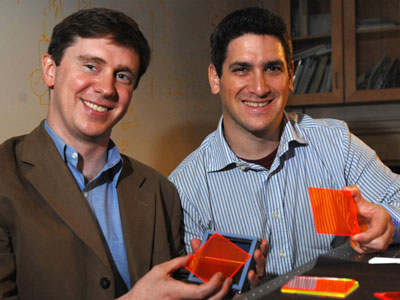 ­If you've installed solar panels on your roof, chances are you did it more to help the environment than to save money on your power bill. With the current cost of solar techn­ology, it can t­ake many years to even start to recoup your investment. A new take on an existing solar-power technology could change that.

Solar pan­els use semiconductors, usually silicon-based, to turn sunlight into electricity. These semiconductors work as photovoltaic cells -- when sunlight hits the cell, the silicon absorbs the energy in the light waves. This energy excites the electrons in the silicon, which break loose. Free-flowing electrons become electricity (see How Solar Cells Work to learn more). This setup is inherently expensive because, first, semiconductors are costly, and second, because it's not terribly efficient. Some of the sun's energy is lost to heat, and a lot of it doesn't hit the solar cells at all because the sun isn't stationary. This means it takes a whole lot of cells to generate any significant amount of electricity.

­A solution to this problem currently being tried out is the use of solar trackers. These are moving panels of mirrors that trace the sun a­cross the sky, throwing the light onto the solar cells. This gets more sunlight into the system, but solar trackers are extremely costly, and not just because they move. This method of directing large amounts of sunlight tends to overheat the silicon cells, which require the installation of expensive cooling systems.

Another solution to the efficiency problem in solar panels is the solar concentrator. This is a less expensive method, and it's the one Massachusetts Institute of Technology researchers recently improved upon in a way that could revolutionize solar power technology. We could be installing these new luminescent solar concentrators as windows in our houses - windows that generate the power to run our lights, our air conditioners and our appliances. And we could be doing it very soon.

In this article, we'll find out what a luminescent solar concentrator (LSC) does, how it works and why it's more efficient and less expensive than older solar technologies. We'll see how LSCs might be used and when they could hit the commercial market.

First, how exactly do you concentrate sunlight? 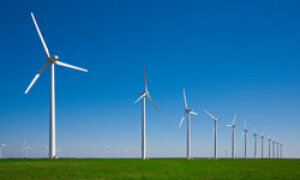