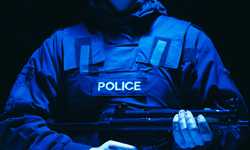 It was just supposed to be a temporary job. Stephanie Kwolek took a position at DuPont in 1946 so she could save enough money to go to medical school. In 1964, she was still there, researching how to turn polymers into extra strong synthetic fibers. Kwolek was working with polymers that had rod-like molecules that all lined up in one direction.

Compared to the molecules that formed jumbled bundles, Kwolek thought the uniform lines would make the resulting material stronger, though these polymers were very difficult to dissolve into a solution that could be tested. She finally prepared such a solution with the rod-like molecules, but it looked unlike all the other molecular solutions she'd ever made. Her next step was to run it through the spinneret, a machine that would produce the fibers. However, the spinneret operator almost refused to let Kwolek use the machine, so different was this solution from all the others before; he was convinced it would ruin the spinneret.

Kwolek persisted, and after the spinneret had done its work, Kwolek had a fiber that was ounce-for-ounce as strong as steel. This material was dubbed Kevlar, and it's been used to manufacture skis, radial tires and brake pads, suspension bridge cables, helmets, and hiking and camping gear. Most notably, Kevlar is used to make bulletproof vests, so even though Kwolek didn't make it to medical school, she still saved plenty of lives.