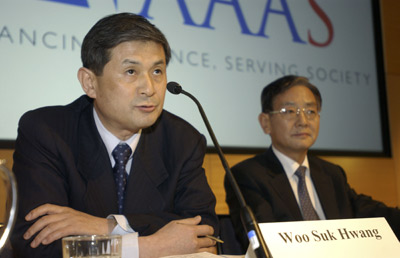 Most people didn't know much about scientific peer review five years ago. Then, in December 2005, South Korean scientist Dr. Hwang Woo Suk stunned the world by admitting that his stem cell research — research that was supposed to revolutionize health care by helping to cure diseases ranging from diabetes to Parkinson's — used fabricated data. Although the revelation brought disgrace to Hwang and poured fuel on the stem cell controversy, it had a more damaging effect on the public's perception of science itself. Suddenly, there were reports questioning how Science, the prestigious U.S. journal that published Hwang's findings, could have been so easily duped. Other reports condemned the process of science itself as antiquated and flawed.

At the heart of that process is scientific peer review, a quality-control system that requires all new scientific discoveries, ideas and implications to be scrutinized and critiqued by expert scientists before they become widely accepted. Peer review has been around for nearly 300 years, so it is not new. It just seems that way sometimes because of the attention it has received in the wake of the stem cell scandal. Unfortunately, increased awareness does not always translate into increased understanding. Many myths and misconceptions about peer review still exist, and many average citizens don't see how a system of checks and balances is important either to science or to their day-to-day decision making.

To make matters worse, the conventions of peer review, just like the conventions of many traditional systems and processes, are being challenged by Web 2.0 technologies. A new generation of scientists is turning to the Web as a vehicle to post raw experimental results, fledgling theories and draft papers. Proponents of "open access" practices argue that science is improved in a more democratic and collaborative atmosphere. Critics warn that such promiscuity with research data undermines the very integrity of the scientific endeavor.

These are some of the issues we will explore in this article. We'll cover the basics — what is scientific peer review, how does it work and what is its historical context — before moving on to an analysis of what it can and can't do. Finally, we'll examine some of the current trends in peer review to understand how the system is evolving and may continue to evolve.

But first, let's expand a bit on the basic definition of peer review.