The Changing Face of Peer Review 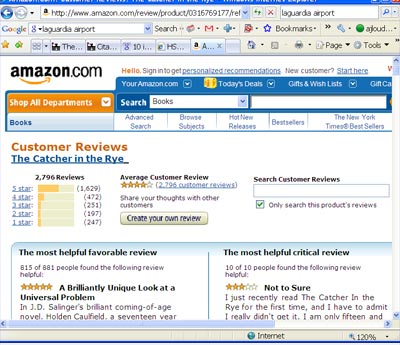 Will the future of sc­ientific peer review look anything like this?
Image courtesy Amazon

Like many other systems and processes, peer review has been forced to adapt to changes brought on by the computer and various online technologies. The last 25 years of peer review can be roughly organized into three eras based on the dominant technology: the PC era, the Internet era and the Web 2.0 era. Let's look at each of these to understand how peer review has evolved and continues to evolve.

The PC era is marked by the introduction of peer-review software to streamline the process. In the late 1980s and early 1990s, this software resided locally, on the desktop computers of editors. Two popular applications were Peer Review Plus and the Editorial Management System, or EMS. At the heart of these systems were relational databases to manage information about reviewers, editorial advisory board members and manuscript information. These databases replaced cumbersome and time-consuming manual filing systems. Early software also incorporated word processing capabilities, making it easier to make and track changes. Most journals using these systems reported that they increased efficiency by facilitating the selection of appropriate reviewers and accelerating the processing of manuscripts.

In the late 1990s, desktop systems gave way to Web-based systems and ushered in the internet era. Web-based peer review systems offered several advantages. First, all stakeholders in the process — editor, reviewer and scientist — were linked electronically, eliminating the need for costly faxes and overnight shipments. They also enabled editorial office personnel to manage all aspects of the review process, including data entry, data retrieval, correspondence, reporting, workflow control and manuscript file management. Even better, editors and their assistants could access all of this from any location.

The internet also encouraged another type of peer review known as post-publication review. Post-publication review is a variation of open review in which all readers, not just referees selected by the journal editor, are able to review and comment on a paper. In some cases, readers can even rate the paper on a numerical scale following publication. This is similar to the customer review feature on Amazon, which enables readers to provide a score and post comments on a book they have recently finished. Of course, rating the latest Stephen King novel doesn't carry the same implications as rating a paper on the safety and efficacy of a drug, which is why many scientists don't like post-publication review. They say it encourages gut reactions in favor of more thoughtful, well-considered reviews. Still, many see it as a useful supplement to formal peer review.

Some scientists are also finding favor with the applications and tools of Web 2.0, the term used to describe the next generation of Web-based tools that enhance creativity, communication and collaboration. More researchers are turning to blogs and social networking sites to share their ideas and connect with other scientists. In some cases, they are actually posting raw experimental results and draft papers for others to see and comment on. Advocates of these open-access practices argue that real-time collaboration encourages scientific progress. Opponents worry about the integrity of the scientific process. How, they wonder, can a researcher know whether a comment is coming from a trusted source? And how does a researcher know their ideas won't be stolen or exploited?