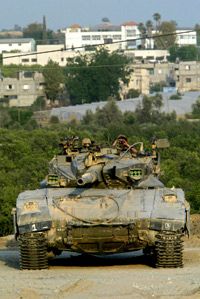 Thanks to British technology, in 2012 the military may be able to see you, but you may not be able to see them. See more invisiblity images.
Adid Katib/Getty Images

The British Ministry of Defence captured the attention of the global media in October 2007, when it announced that it had successfully made a tank invisible to the human eye. Although the British government is keeping the details to itself, it released the basic idea behind the technology.

The tank is coated in silicon, effectively turning the vehicle into a highly reflective movie screen. Video cameras positioned on the tank take real-time footage of the surrounding environment, and projectors show the images on the surface of the tank. To observers at secret trials conducted by the British army in October 2007, the only thing visible was the images of the terrain projected onto the tank.

The British military plans on having the tanks battlefield-ready by 2012, but this technique may be short-lived due to some drawbacks. Cameras or projectors may fail, and from different angles, the tank may be visible. It's a somewhat clumsy and difficult way of rendering an object invisible (HowStuffWorks discussed this technology in another article on invisibility cloaks). Using cameras and projectors creates a smoke-and-mirrors style optical illusion, and the lead researcher at the British test isn't entirely satisfied with the technology.

"The next stage is to make the tank invisible without [cameras and projectors]," physicist Sir John Pendry tells the Daily Mail, "which is intricate and complicated, but possible."

In addition to Pendry, universities around the world and the United States military are exploring the possibilities of actually making an object invisible using next-generation cloaking technology that actually manipulates light. The U.S. Defense Advanced Research Projects Agency (DARPA) -- the research wing of the Pentagon -- has received the green light for $15 million in funding over three years to investigate urban obfuscants. This ambitious project is an attempt to create a protective shield for use by soldiers in urban combat situations. A shield that opens quickly in tight spaces and protects a soldier from enemy fire would be a great asset, but DARPA's not stopping there. This shield would also be able to make the soldier beneath it invisible, and would be self-healing, meaning that if a bullet does manage to get through the shield, the material could repair itself.

Chances are, DARPA will be successful in its quest -- eventually. The physics are already in place to make it possible, and when the technology to create the necessary parts becomes available in the next decade, these cloaking devices will leave the realm of science fiction and enter reality.

But how is this possible? How can we manipulate light? It's all based on some very small particles. Read the next page about metamaterials. 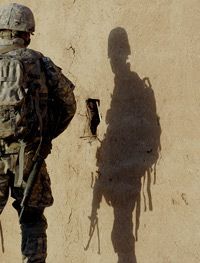 DARPA's ambitious project is to create armor for soldiers that will render them -- and their shadows -- invisible.
Alexander Nemenov/AFP/Getty Images

Researchers are currently exploring the possibilities associated with an artificial type of matter called metamaterials.

Naturally occurring matter exhibits behavior based on the molecules that make it up -- the atomic material that composes the finished product determines what properties the product will have. For instance, take the relationship between wood and light. Wood, like all natural matter, reflects and refracts light. But just how much light it reflects and refracts depends on how the electromagnetic waves of the light interact with the particles -- like electrons -- that make up the wood.

So how do metamaterials make something appear invisible? To simplify it, Duke University's David R. Smith suggests this: Imagine a fabric woven of thread. In this fabric, light is only allowed to flow over the threads (meaning it can't travel into the nooks and crannies between the threads). If you punch a hole in the fabric with a pin, light will go around the hole and resume its original course of travel, since light can only travel over the thread. So to the light waves, the hole doesn't exist. If you put an object in the hole, the light waves would go around the object too, effectively rendering the object invisible [source: Technology Review].

Smith is one of several researchers using metamaterials to manipulate microwaves -- the electromagnetic waves used in radar. To effectively manipulate an electromagnetic wavelength of any kind, the metamaterial used has to be smaller than the wavelength. Since microwaves' wavelengths are measured in centimeters, scientists have the technology to create metamaterials small enough to manipulate them, moving waves around an object. A stealth bomber sheathed in the right layer of metamaterials, for example, could be invisible to radar. The shield would be visible, but radar wouldn't be able to detect the plane.

Making the entire aircraft invisible to the naked eye is a bigger challenge. For one thing, we don't currently have the technology to manufacture materials on the small scale required to manipulate light waves. Light wavelengths are measured in nanometers (billionths of a meter), and the metamaterials needed to block light must be even smaller than that. Another challenge is that a metamaterial cloaking device would have to be arranged to manipulate light on the entire visible spectrum, because different colors exist on different wavelengths. And lastly, a cloaking device would plunge a person on the inside into darkness, as the light that would normally reach him or her would be diverted around the cloaking device.

If research and funding for metamaterials continues at its current pace, these challenges could soon be overcome. But there are other challenges that must be solved before the technology is practical. One demand of the DARPA project is that it be asymmetrical. This means that the wearer on the inside should be able to see out, but he or she would be invisible to anyone outside the suit. Once these problems are worked out, the army of the future may be very hard to spot.

For more information on light, invisibility and related topics, visit the next page. 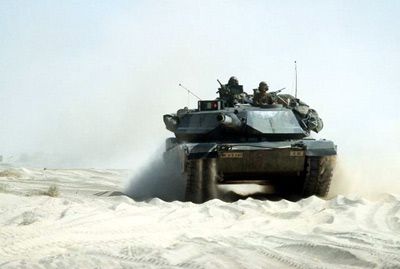 Up Next
How M1 Tanks Work
Explore More 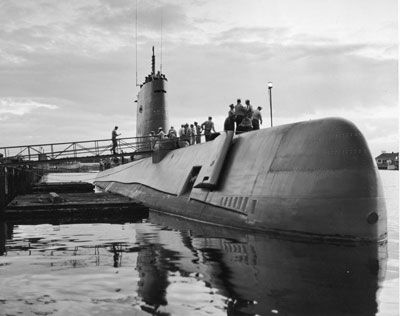 You May Like
Do we still need nuclear submarines?
Explore More 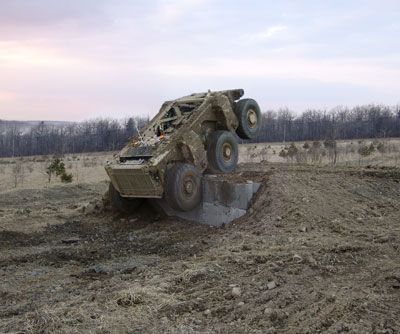