by Mark Mancini Jun 25, 2019
Four of the many moons orbiting Jupiter are shown. Why does this planet have so many moons? Stocktrek/Getty Images

Earth only has one moon, but dozens of natural satellites revolve around Jupiter, the biggest planet in our solar system. And new members in the Jupiter posse are still being discovered. On July 16, 2018, it was announced that a team of astronomers had found 12 previously unknown moons around the planet.

The big find happened last year. Scott S. Sheppard of the Carnegie Institute for Sciences was leading a search for new objects in the distant Kuiper Belt, an enormous ring of debris that lies beyond Neptune. Sheppard and his colleagues decided to take a break from their primary research goal and observe Jupiter for a while. That's how they wound up standing on Galileo's shoulders.

In 1610, the great astronomer Galileo Galilei noticed four heavenly bodies that appeared to revolve around Jupiter. Named Io, Europa, Ganymede and Callisto, these are Jupiter's biggest moons by far — and they were the first to be discovered. As stargazing technology grew more sophisticated, it became clear that the quartet had lots of company. Sheppard's team just brought the total number of identified Jovian moons (i.e. moons which revolve around Jupiter) up to 79.

Various groupings of Jovian moons with the newly discovered ones shown in bold. The 'oddball,' called Valetudo after the Roman god Jupiter's great-granddaughter, has a prograde orbit that crosses the retrograde [opposite direction] orbits.
Roberto Molar-Candanosa, Carnegie Institution for Science

No other planet in the solar system can match that figure. Saturn is the runner-up with its 62 verified moons while Uranus boasts 27 and Neptune has 14. Mars, our beloved next-door neighbor, possesses two satellites: Deimos and Phobos. And if that's making you feel insecure about Earth's lonely moon, at least you can take solace in the fact that Mercury and Venus are totally moon-less.

There's a reason why Jupiter has so many satellites while other planets — ours, for instance — have so few. It all comes down to gravity.

Astronomers divide the planets within our solar system into two categories. Mercury, Venus, Earth, and Mars are the so-called "terrestrial" or "inner" planets while Jupiter, Saturn, Uranus, and Neptune have been classified as "gas giants," also known as "outer planets."

The size gap between those factions is quite considerable; Although Uranus is the smallest outer planet, it's still 15 times more massive than Earth, the largest of the inner planets. None of the other planets can compete with Jupiter in terms of sheer bulk, however. You'd need more than 300 duplicates of our puny home world to equal Jupiter's colossal mass. It's an absolute monster.

Now, as Isaac Newton observed, there's a positive correlation between the mass of an object and the strength of its gravitational field. Because the gas giants are so massive, they're able to attract more satellites.

But that's not the only reason why planets like Jupiter have such large moon collections. Our solar system's gas giants are relatively far away from the sun. In contrast, some stars have massive, Jupiter-like planets called "hot Jupiters." Basically, these are gas giants which orbit in close proximity to their stars. (Imagine if Saturn switched places with Mercury.)

A 2010 paper by French astronomer Fathi Namouni argues that hot Jupiters have few, if any, moons. These planets are thought to originate in distant parts of their solar systems and then migrate inwards. Along the way, their moons get caught in a game of celestial tug of war. Gas giants may be big, but stars are much bigger. As such, they've got far stronger gravitational fields. So, when a hot Jupiter gets too close to its star, the star will eventually steal its moons.

Distance offsets this ability. The further you travel from the sun, the weaker its gravitational pull on you becomes. Therefore, if Namouni is correct, the real Jupiter has 79 moons and counting because it's an insanely massive planet that's far enough away from the sun to avoid lunar theft.

Jupiter's moons are hardly monolithic. A few of them have quirks that are well-known to astronomy enthusiasts: Io is loaded with active volcanoes, there's a hidden ocean on Europa that might harbor alien life, and at two-thirds the size of Mars, Ganymede is the biggest satellite in the entire solar system.

These three moons, along with Castillo, probably formed in tandem with Jupiter itself. The big planet likely started out as a disc of gasses and dust that eventually became the gas giant we know today. While Jupiter took shape, some of the material swirling around it coalesced into the four moons Galileo spied in 1610. Saturn may have helped move the process along. It's also been hypothesized that early Jupiter had a number of failed moons which were pulled into and absorbed by the huge planet.

Other satellites weren't necessarily home-grown. Scientists think that many of Jupiter's moons started out as drifting chunks of rock that became ensnared by the planet's gravitational pull.

Before wrapping things up, we should talk about lunar behavior. Many of the Jovian moons orbit in the same direction in which Jupiter spins. But there are those which go the opposite way — including nine of the new moons discovered by Sheppard and his colleagues. With so many bodies revolving in different directions, collisions are inevitable. Moons that crash into one another might well be destroyed in the process. Just as Jupiter acquires new moons, it's finding ways to lose some of the older ones.

Now That's Interesting
According to the astronomer Neil F. Comins, if planet Earth had two moons instead of one, our nights would get brighter because there'd be twice as much sunlight reflecting off of lunar surfaces. Also, we'd see significantly higher tides, rendering many coastal areas uninhabitable.

Coconut Man: August Engelhardt Founded a Cult Based on His Favorite Fruit

How Often Should You Wash Your Coffee Cup? 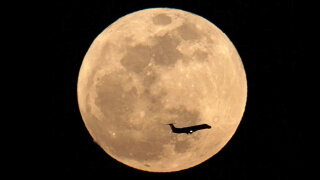 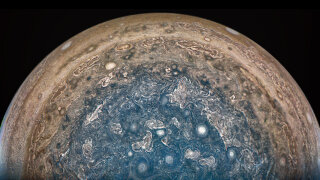 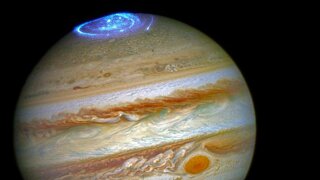