by Mark Mancini
Next
This hemispheric view of Venus, which was created using more than a decade of radar investigations culminating in the 1990-1994 Magellan mission, shows the planet's North pole. NASA/JPL/USGS

After the moon, Venus is the second-brightest natural object in the night sky. Yet this planet is covered by reflective clouds that naked eyes and optical telescopes can't penetrate. With the Venusian surface hidden from view, generations of fiction writers used to speculate like crazy about the mysterious terrain beneath those clouds. For his part, "Tarzan" creator Edgar Rice Burroughs portrayed Venus as a world with lush forests and arboreal cities in a 1934 pulp novel.

But then science intervened. The idea that Venus is habitable pretty much imploded during the Cold War. In 1956, radio telescope observations showed that the planet had surface temperatures in excess of 618 degrees Fahrenheit (326 degrees Celsius)!

Believe it or not, those readings from '56 were kind of low. We now know the average surface temperature on Venus is a blistering 864 degrees Fahrenheit (462 degrees Celsius). As a matter of fact, it's the hottest planet in our solar system — even though Mercury is closer to the sun.

On the face of Venus, the atmospheric pressure is crushingly extreme, and lead would melt into a puddle. Hellish as this place sounds, it actually has a lot in common with Earth.

Putting a Spin on Venus

Venus has Earth beaten in some key regards, though. Earth displays a slight midsection bulge, being wider around its equator than it is from one pole to the other. Conversely, Venus is an almost perfect sphere.

What gives? Well when a massive celestial body (like a star or planet) spins quickly around its axis, centrifugal force will give it a more dramatic bulge around the equator. However, Venus has an ultra-slow rotation speed.

It takes the equivalent of 243 Earth days for Venus to complete one full rotation around its axis — and just 225 Earth days to finish a new lap around the sun. So in other words, a day on Venus lasts longer than a Venusian year does!!

And get this: From our self-centered perspective, Venus spins backward. Most of the planets in this solar system rotate from west to east. Uranus and Venus buck the trend. On those two worlds, the sun appears to rise in the west and set in the east.

Nobody knows how that came to pass. Astronomers think Venus used to move in a counterclockwise direction like Earth. But at some point, it's spin might have reversed. Alternatively, perhaps the sun's gravitational influence — or a collision with a large object — caused the entire planet to flip upside-down.

This global view of the surface of Venus is centered at 180 degrees east longitude. Simulated color is used to enhance small-scale structure. The simulated hues are based on color images recorded by the Soviet Venera 13 and 14 spacecraft.
NASA/JPL

Venus Is a Planetary Hothouse

In December 1962, Venus became the first planet to get a flyby visit from a man-made spacecraft. Exploiting a brief window of opportunity, NASA's Mariner 2 probe studied this world up close, from distances as near as 21,606 miles (34,773 kilometers).

The onboard instruments taught us a great deal. Mariner 2 confirmed that Venus doesn't have an Earth-like magnetic field, and it recorded surface temperatures of 300 to 400 degrees Fahrenheit (149 to 204 degrees Celsius).

By the time Mariner 2 launched, scientists already knew there were high levels of CO2 in the Venusian atmosphere. And that composition should give us pause.

Carbon dioxide makes up a whopping 96 percent of the Venus's atmosphere. Scientists attribute this to a runaway greenhouse effect. Theoretically, the planet used to have a more temperate climate that could've remained stable for billions of years. Back then, oceans of liquid water may have covered its surface (although we don't know for sure).

Things changed as our growing sun became hotter. Any oceans would've evaporated during this time — and astronomers think much of the carbon in Venusian rocks leached out and traveled skyward. While the atmosphere changed, it got better at trapping heat, creating a vicious cycle that worsened the problem. Inevitably, temperatures spiked.

Venus Has a Greenhouse Gas Problem

Since our own planet has a major greenhouse gas problem, Venus could offer us some important insights regarding climate change. But sending probes to explore it has always presented major challenges.

On Venus, the surface gravity is comparable to what you and I experience on Earth. What's not comparable is the atmospheric pressure, which is 92 times greater on the face of Venus than it is here.

Faced with extreme temperatures and high pressure, it's no wonder man-made objects don't last long in the planet's environment. When the Soviet Venera 13 probe landed on Venus in 1982, it stayed intact for a record-setting 127 minutes before it was destroyed.

Mind you, this wasn't the USSR's first rodeo. Previous Venera spacecrafts had successfully visited the planet's atmosphere and touched down on its outer crust. Brief though their visits were, these probes captured the first-ever photographs of the Venusian surface. NASA's Magellan spacecraft provided further insights, as it mapped 98 percent of the planet's face.

All in all, Venus boasts more than 16,000 volcanoes and volcanic features — but we don't know if any of these are still active. Highland plateaus, deep canyons and meteorite impact craters have also been discovered there. Although Venus is about 4.6 billion years old, its crust is thought to be much younger, with an estimated age of just 300 to 600 million years.

Venus lacks tectonic plates as we know them on Earth. Nevertheless, some geologists think upwellings of magma occasionally recycle sections of the crust.

Long before it was an object of scientific study — or Edgar Rice Burroughs novels — Venus mesmerized our ancestors. Bright and beautiful, the cloud-adorned planet derives its name from the Roman goddess of love. Ancient mathematicians mapped its progress across the sky and Galileo Galilei took detailed notes about its moon-like phases.

Somehow, knowing that Venus is a stifling hothouse doesn't diminish its allure. With every new discovery, it inspires curiosity and awe.

A young Carl Sagan helped design the Mariner 2 probe. He unsuccessfully lobbied to have the spacecraft fitted with a camera because close-up pictures of Venus might "answer questions that we were too dumb to even pose." 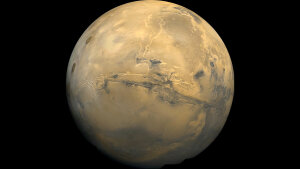 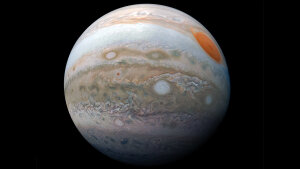 Jupiter: Anatomy of a Gas Giant 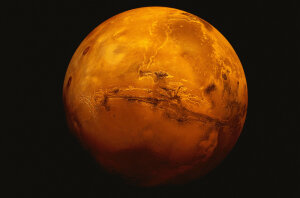 Something Produced a Surprising Spike of Methane on Mars