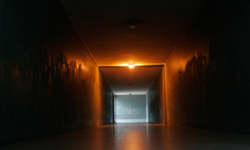 Pam Reynolds' brain managed to capture the sights and sounds of the operating room, despite her being clinically dead.
Hemera/Thinkstock

By all accounts, Pam Reynolds, a blues singer from Atlanta, Ga., was a normal person before she underwent surgery for a brain aneurysm. During the procedure, physicians drained all of the blood from Reynolds' brain, rendering it completely inactive for 45 minutes. All normal brain operations -- from accepting signals from the stomach that the sensation of hunger should cease or the transmission of aural and visual information -- ceased.

Yet, upon awakening, physicians found Reynolds could describe the procedure in incredible detail. She's considered one of the most solid examples of a near-death experience (NDE) on record. Reynolds' experience is far from unique; one study of cardiac patients in a single hospital in the Netherlands found that of the 344 patients who'd been declared clinically dead, 18 percent reported having some experience of life after death [source: van Lommel].

What's most impressive about Reynolds' NDE is that her brain was brought to a nonfunctioning state by an experienced medical staff. Yet, she was still capable somehow of relating information like the type of bone saw her physicians used to cut off her skull and conversation between the operating staff [source: Sabom].