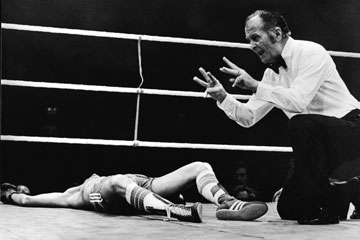 Mathematics boils down to pattern recognition. We identify patterns in the world around us and use them to navigate its challenges. To do all this, however, we need numbers -- or at least the information that our numbers represent.

What are numbers? As we'll explore more later, that's a deceptively deep question, but you already know the simple answer. A number is a word and a symbol representing a count. Let's say you walk outside your home and you see two angry dogs. Even if you didn't know the word "two" or know what the corresponding numeral looks like, your brain would have a good grasp of how a two-dog encounter compares with a three-, one- or zero-dog situation.

We owe that innate comprehension to our brain (specifically, the inferior parietal lobe), which naturally extracts numbers from the surrounding environment in much the same way it identifies colors [source: Dehaene]. We call this number sense, and our brains come fully equipped with it from birth. Studies show that while infants have no grasp of human number systems, they can still identify changes in quantity.

Number sense plays a vital role in the way animals navigate their environments -- environments where objects are numerous and frequently mobile. However, an animal's numerical sense becomes more imprecise with increasingly larger numbers. Humans, for instance, are systematically slower to compute 4 + 5 than 2 + 3 [source: Dehaene].

At some point in our ancient past, prehistoric humans began to develop a means of augmenting their number sense. They started counting on their fingers and toes. This is why so many numerical systems depend on groups of five, 10 or 20. Base-10 or decimal systems stem from the use of both hands, while base-20 or vigesimal systems are based on the use of fingers and toes.

So ancient humans learned to externalize their number sense and, in doing so, they arguably created humanity's most important scientific achievement: mathematics.