When a hail of gunfire left 17 Iraqi citizens dead and 24 others wounded on Sept. 16, 2007, Blackwater USA (now Blackwater Worldwide) became a media buzzword. So did the word "mercenary." In fact, in October of that same year, a panel of independent U.N. human-rights experts issued a report accusing the U.S. of using a "new kind of mercenary" in Iraq and Afghanistan. The Blackwater employees who opened fire in Baghdad, the report said, are representative of a global trend in which recruits from one country are hired to perform military jobs in another. 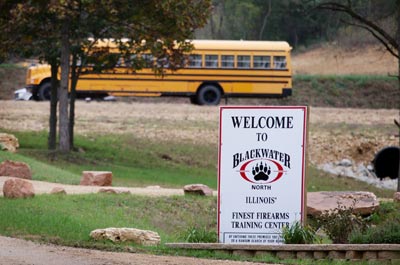 Getty Images
A sign marks the entrance of a Blackwater training facility in Illinois­. The private military contractor has had a huge presence in Iraq.

Some may ask what m­akes this kind of mercenary activity new at all. After all, mercenaries have been part of warfare ever since Persian prince and general Cyrus the Younger hired the Ten Thousand, a large army of Greek mercenaries, to seize the throne of Persia from his brother Arsaces. That fateful battle, which left Cyrus the Younger and many Greek soldiers dead, occurred in 401 B.C. -- some 2,400 years ago.

The style of warfare was certainly much different in 401 B.C. -- the combatants were hoplites, or soldiers who fought with spears and shields, often in a phalanx formation -- but how different was the practice of employing mercenaries? Were ancient mercenaries really different? Were they perceived as negatively then as they are now? Did the use of mercenaries give way to other military trends and strategies, only to be resurrected recently? Or have soldiers of fortune, as they're often called, been a permanent fixture of major political conflicts?

­This article will address those questions and more. In particular, we'll examine why mercenary armies are attractive alternatives for countries at war, as well as the risks and controversies surrounding their use. Our first step is to clarify what the word "mercenary" means. As we'll see in the next section, the military definition of mercenaries is precise and has serious implications for those who decide to become professional soldiers.