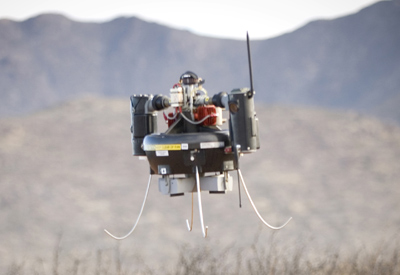 The NLOS cannon: The reason your day's about to take a turn for the worst. See more images of the Army.
Image courtesy U.S. Army

It's 2012, and you find yourself in the precarious position of being a soldier in a military that's embattled against the United States. The caravan of armored vehicles you're a part of comes to a halt. An unmanned aerial drone has just appeared over the horizon, flying toward the caravan. You and several members of your platoon are ordered out of your vehicle to destroy the reconnaissance drone.

After you take aim and fire a shoulder-mounted rocket -- effectively disintegrating the drone -- you hear a small, distinct explosion above you. You look upward to the curious sight of several small parachutes suspending what looks like canisters, drifting toward the caravan. Strangely, despite a crosswind that should be carrying the canisters away, you notice that each one is headed directly for a vehicle.

You hear someone shout "cluster bomb!" in your native language, followed by a body-rattling, quick succession of explosions. Your vision blurs, you hear only a single high-frequency note. You scan the area as the dust settles; it reveals nothing more than small fires where each of the armored vehicles had been just a moment ago. You exchange horrified looks with the remaining members of your platoon. It becomes excruciatingly clear to all of you that it's time to run. As you take a step or two, a brilliant light fills your sight. Then nothingness.

Eighteen miles away, the effectiveness of the attack is confirmed.

Welcome to the United States Army's world of future combat. At the center of this vision for the immediate future is what took out you and your caravan -- the non-line-of-sight cannon (NLOS-C). Capable of rapidly firing a number of different rounds -- from what appears to be out of nowhere -- the NLOS-C can accurately put the kibosh on enemy movement quickly, effectively and with decidedly less collateral damage.

Read about this essential leap forward in American military firepower on the next page.