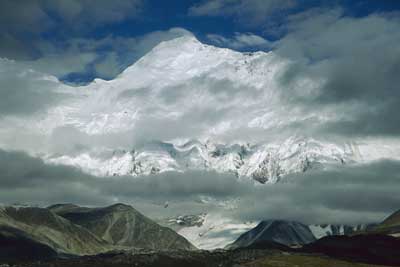 Cloud formation occurs when humid or water vapor-filled air rises to the point where cooler temperatures force condensation. This often involves the movement of air masses, which are large bodies of air with similar temperatures and moisture content. Air masses are typically at least 1,000 miles (1,600 km) wide and several miles thick.

Four naturally occurring mechanisms on Earth cause air to rise:

­And now the stage is set for the part you've all been waiting for: storms.