What's so great about the NLOS-C? 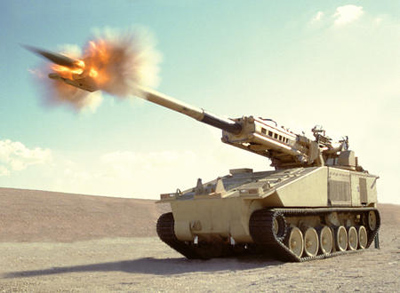 An image of a preproduction non-line-of-sight cannon in development by BAE Systems.
Image courtesy BAE Systems

It may be surprising to hear, but as of 2008, the United States wasn't ranked first in the field of cannon artillery technology, according to defense observers [source: Global Security]. In previous and current wars, the shells fired by U.S. Army rear artillery missed too many targets, caused too much collateral damage (like the deaths of civilians), and failed to explode properly.

This tidbit becomes less surprising, though, when one learns that in the 21st century, the U.S. Army still used manned tanks based on designs created in the 1950s and '60s. There were periodic updates as new technology emerged, but this essentially amounted to adding new bells and whistles to an old component. The Army anticipates introducing the NLOS-C into battle by 2010 [source: Field Artillery]. It will represent the first complete ground-up rebuild of mobile artillery technology in decades.

Non-line-of-sight refers to the cannon's ability to accurately hit targets from amazing distances, and despite geographic and man-made obstacles. Line-of-sight weapons require fairly close proximity to the enemy, beyond-line-of-sight much less. Non-line-of-sight can hit a target accurately from as far away as 30 km (about 18 miles), depending on the ordinance it's firing [source: Global Security]. The cannon being developed by BAE Systems for the U.S. Army uses a 155mm .38 caliber howitzer and allows for a wide choice of ordinance.

One group, termed smart submunitions, are the type of cluster bombs described in the run-in on the previous page. A single shell carries multiple charges, which separate in the air. Each submunition is guided toward its final target. Another family, the XM982 Excalibur, is a "fire-and-forget" round. It's capable of acting as an explosive shell, a target-acquiring munition that can seek out moving targets. It's similar to guided missiles, recognizing targets based on prescribed characteristics [source: Global Security]. The effectiveness of the shells fired is confirmed via Projectile Tracking System "before the round completes its trajectory" [source: Field Artillery]. In other words, the NLOS-C's crew knows you're dead before you do.

The NLOS-C will be capable of firing these and other different rounds, changing types of shells one shot after the other. Since the firing process is automated, the cannon can shoot rapidly. Automated firing also cuts the four or five personnel required to operate modern mobile artillery down to two soldiers. The armor of the manned vehicle is made of aluminum, making it 22 to 42 tons lighter than the M1 Paladin or Abrams tanks -- it's more efficient to transport to battlefields via cargo plane. The new cannon is also quieter and more fuel efficient. It has a diesel engine, but the tracks that move the NLOS-C are run by an electric-hybrid drive.

Defense observers predict that "The NLOS-C will be the key indirect fire support system for the U.S. Army's FCS [future combat systems] and will reduce United States casualties … and increase the effectiveness of the entire ground force" [source: Global Security]. Clearly, the NLOS-C represents the cutting edge in artillery technology. But BAE's manned cannon is just one part -- albeit a centerpiece -- of an entirely new vision for future warfare. On the next page, read about the Army's concept of what the battlefield will look like once NLOS-Cs are in the field.

Take the NLOS-C for a Test Drive